The rainbow soars higher, and above all stereotypes

“The rainbow soars higher, and above all stereotypes,” said Ayushi, who came out as a lesbian today at Pune’s 9th Pride Walk. Ayushi has known about her sexuality for 6 years and planned to tell her family about it during the pride walk. “It was suffocating to hide it from them. By bringing them here, I wanted to show them how happy and confident the community members are once they are out of the closet. Not only the members, but the allies are supportive too.” Her parents would have been unenthusiastic initially, but after seeing the entire community today, they were extremely pleased” she added. 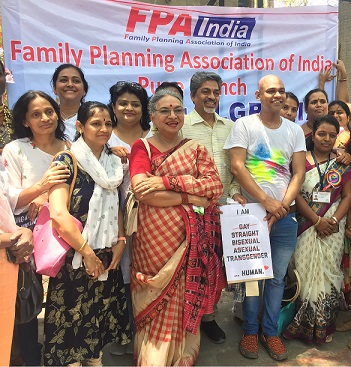 “The most important objective of this walk is to celebrate the decriminalisation of Section 377 of the Indian Constitution, which termed same-sex sexual acts as unnatural and illegal. This is a big win for us all,” said Barve. He added that the community also demands same-sex marriage legalisation and amending the Transgender Bill of 2018 as it denies transgenders their fundamental rights. 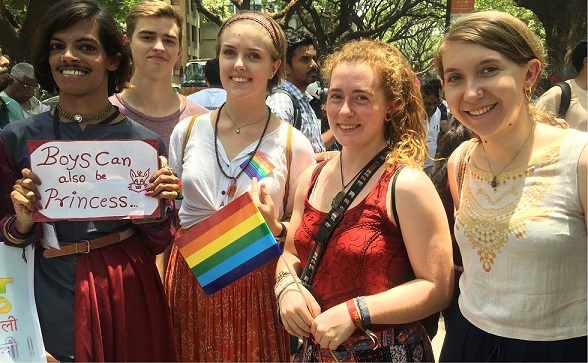 Dr. Jyoti Shetti, Head of Psychiatry Department at Bharti Vidyapeeth, was the chief guest. She said, “There is a strong need for society to accept the LGBTQI community as we are all equal. I hope that my presence here and the pride walk will help create awareness and reduce stigma in the hospital community”.

Bindumadhav Khire, President of Sampathik Trust, was also present at the walk. He organised pride walks till last year after which he handed over the reins to the youngsters. “Bindu thought it’s important that the youth knows the process of organising and managing such community events. So he guided us through the entire process and helpedus whenever needed,” said Barve.

Also attending were the Family Planning Association of India (FPA) and Sweekar, an NGO that unites LGBTQI members’ parents. Chitra Palekar, senior member of Sweekar, said that the NGO started in Mumbai with a few members, but now has more than 60 members across religion, gender and caste. “We have parents from all backgrounds because their participation is extremely crucial too. We empower and support the community and give them a place to complain whenever they have to”, she said. Avlokita Mane, President of FPA, said that they have been extending their support to the community since a long time and even provide healthcare services to the members and their families regularly.

Major corporates like HSBC, IBM, Infosys, Cummins, Symantecs, TCS, Mastercard and many more had sent their employees to participate in the walk along with members of KEM Hospital and Rotaract Club. Rohit, one such participant said, “I am just an ally and I think it is extremely important to show support and let the community know they are not alone. This is a fight for being identified as humans and it’s only fair we fight with them against the orthodoxy.” 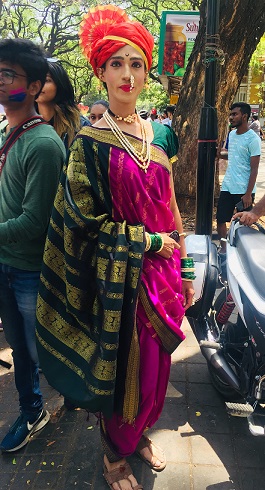 Not only does the pride walk celebrate the rightful existence of the community, but also helps members who are struggling with acceptance from their families. Partho came out to his family as a bisexual, and unfortunately it did not go well for him as his parents shunned him since 4 years. “I think couples should not have children if they are not ready to accept them as they are. I deserve respect and love just like every other individual and hope my parents realise this soon”, he remarked.

Mrs. Revati, parent of a community member said, “Even after coming out, my son is the same individual who deserves love, care and respect. It’s my job to give him that. I’d rather have a happy son who came out than a closeted, depressed son”. Mr. Dilip Srivastava supported his bisexual daughter at the walk. “I still haven’t accepted her for who she is and almost every time wish that she ends up marrying a man. But she’s still my daughter and this pride walk is a start towards acceptance – her happiness is more important than my wish.”

The Indian Constitution currently does not allow same-sex marriage but few community members have worked their way around it. Abhinandan has been dating an Irish man since 2 years. “We met in Delhi and fell in love almost immediately. Since Ireland has legalised same-sex marriages, we are planning to get married there this year.” On the other hand, Sarika is a lesbian and currently content to be in a live-in relationship with her partner, Amruta. “Marriage is just a social construct. The government can find ways to keep us all apart, but our love is stronger than any law. Love is love.”

Today’s turnout shows the upsurge in acceptance and confidence of the LGBTQI community. As Ayushi said, the rainbow (flag) soared higher and above the stereotypes.

Jayali is an intern with Indie Journal.