We should not forget the hegemony of upper castes and the struggles of Dalit cricketers.

T Natarajan. A name that reached every cricket household in India and across in the last 5-6 months. A story of struggle, grit and unmatched hard work, Natarajan deserves every bit of admiration he has been getting recently. Natarajan hails from a small town Chinnappampatti of Salem district in Tamilnadu. Natarajan is one of the few non-brahmin cricketers of Tamil Nadu who reached the highest level of the game.

On December 2, 2020, when Natarajan made his ODI debut, Harsha Bhogale very popular cricket analyst was quick enough to take on Twitter and applaud the debutant and termed Indian cricket as meritocracy and wished it stays this way. From Bhogale’s perspective who has been in this business for so long it is always a cherishing moment when a cricketer from not so mainstream background reaches the highest level.

This excitement of welcoming cricketers who are making zero to zenith is hidden in the decades-long caste hegemony that existed in cricket. Since 1932, when India played their first test match the number of Dalit cricketers to reach this level is in single digits. With mention to Vinod Kambli who never came out with his caste identity.

While we talk about upcoming generations of cricket and the meritocracy we should not forget the hegemony upper castes created in the past and the struggles that Dalit cricketers had to go through.

One of these stories is of Palwankar Baloo.

The flag bearer of Dalit representation in Brahmin dominated cricket history. And a very fine bowler of his times, Baloo was born in July 1875 in Dharwad. He belonged to the 'chamaar' caste. In 1892, the Poona club hired 17 years old Baloo. Giving him a salary of Rs. 4 per month and his job was to erect the nets, roll and mark the pitch meant exclusively for Britishers. Unlike others, this boy had additional work to do, Bowling British batsmen in nets. Baloo bowled for hundreds of overs in the net and it eventually helped him in improving his bowling skills. Of all the works Baloo was assigned in the club, bowling was the most pleasurable for him. 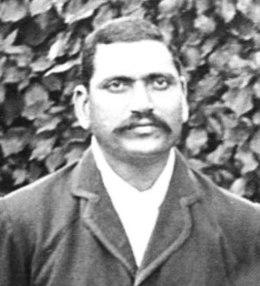 The praises Baloo got in the Poona club made his name making rounds in the city. At the same time there was a Hindu club which sought to challenge the Britishers of Poona. And they got to know about Baloo. But for a Hindu club to introduce a Chamaar player in their team was a controversial decision. And the question of calling a Chamaar for service divided the Hindu club cricketers. The Tamil members of Hindu club were keen to include Baloo in their team but local Marathi speaking Brahmans were not. Then a very popular British batsman who practised on Baloo’s bowling called Hindus foolish for questioning Baloo’s merits, little did he knew it was his caste. For an instance the British cricketer applauded an Indian, but the commitment of a Marathi Brahmin to his caste nullified the strictness of his race.

After a lot of disputes Baloo was invited to play for Hindus. But at a cost. While playing on the field caste players touched the same ball that Baloo touched but outside the field they observed all the social taboos.

Despite this Baloo was the best bowler of the Hindus team and with his extraordinary bowling skills he became the most successful player of the team.

In 1913, the Hindu team was captained by M.D. Pai who supposedly was a Brahmin. This automatic choice was questioned by many people. The main reason being the seniority of Baloo and his experience of playing cricket more than any other player in the team. Pai himself in an explanatory letter wrote, that he was in favour of making Baloo as captain.

Captaining a cricket team demands more use of excellence and intelligence than other players. And by the time Pai was made the captain the Hindus were bound by Manu. An untouchable Cricketer of skill and courage can be chosen in team but would he be made the captain of the team? However, intelligence and foresight were seen to be preserved for the higher castes. Pai was a Brahmin and Baloo a Chamaar.

Conventional insight says that bowlers don’t make up good captains. Bowlers who are all devoted to their skill of bowling and getting better at it, are seen to not make changes that a captain needs to make. On the other hand, a batsman's responsibility ends when the inning gets over. This theory is still being around. Thus, to make Baloo, a bowler and Chamaar the captain of Hindus, would have to upturn the whole hierarchy of castes. And Pai the batsman and Brahman would always win over Baloo in the race to captaincy.

The meritocracy was denied by the caste hegemony.

Baloo went on to become a political leader after his illustrious career came to an end. All of his three siblings also became significant cricketers over the years. In a game which in particular in India, is dominated by upper-caste players and operators Baloo will always be a source of inspiration to look upon.

May we see more Natarajans and Palwankars coming to the top and demolish the caste barriers.