What use is the Indian Cricket team's taking knee to their countrymen?

Siddhant Dawkare | 24th October 2021. A day that sports lovers across the world were looking forward to in 2021’s Calendar. Why? A lot of socially intimidating contests were scheduled to play. When you have India vs Pakistan, Manchester United vs Liverpool and the El Classico of European football Real Madrid vs Barcelona on a plate at a time, you have to expect a lot of spice on your tongue.

There isn’t really any linkage between Manchester United playing Liverpool and India playing Pakistan other than both being fierce rivalries. However, an act of social and political importance was seen happening in both the contests before the start of play - players taking a knee against all kinds of racial discrimination happening across the globe. So, what is new about this? An English football fan might think so, but for an Indian cricket lover, it is a sight of rare occurrence. There was not any prior information of this happening nor did anyone from the Indian cricket team had shared a pre-statement. So, it came as a surprise for many.

For one to understand the importance of taking a knee, one has to know the history and legacy of this powerful act. Taking the knee is part of a long history of athletes using sports as a platform to draw attention to the racial inequalities that communities of colour experience, usually in white majority countries. It’s steeped in the American civil rights movement. Martin Luther King, arguably the most famous civil rights activist of the 1950s and 60s, took the knee in Alabama in 1965 to show solidarity with protestors. 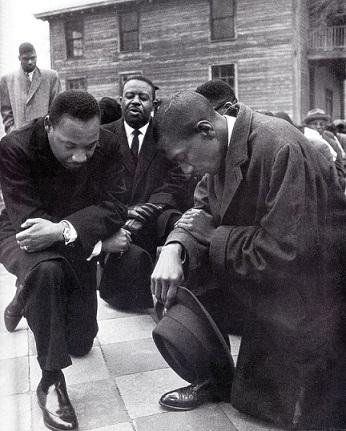 Famously, in 1968, African American sprinters Tommie Smith and John Carlos raised gloved fists when they received their gold and bronze medals at that year’s Olympics Games, to spread awareness of the anti-Black racism that characterised life for Black people in “Jim Crow” America. The act was iconised in 2016 when NFL stars Colin Kaepernick, Eli Harold and Eric Reid knelt down on one knee during the American national anthem before a game. At the time Kaepernick said, “I am not going to stand up to show pride in a flag for a country that oppresses black people and people of colour. To me, this is bigger than football and it would be selfish on my part to look the other way.”

The practice of taking the knee before football matches became widespread in 2020, following the murder of George Floyd in the US. Several countries and football clubs across Europe have joined in this act while many have refused or have chosen to stand and point to the respect badge on their jerseys.

The same year, Indian cricketer Hardik Pandya took a knee in an IPL match which he later showcased on social media using ‘#BlackLivesMatter’. Indian cricket fans were in awe of Pandya, who’s very popular among youth for his frank interviews and glamorous lifestyle. His Mumbai Indians teammate Kieran Pollard, who hails from Trinidad and Tobago hailed him as a brother while he applauded his act.

Now, among the praise that Hardik Pandya was receiving, there were questions that pointed out the relevance of his act as an INDIAN player. Taking a knee is a symbol against structural oppression. But did he have the guts to recognise structural oppression in India? Many twitteratis questioned. Hardik Pandya who himself is an upper-caste was being questioned if he would ever take a stand against the structural oppression his fellow castes have been exercising for centuries. In a country that records horrendous numbers of caste-based atrocities every day, it is a rather act of ‘privileged ignorance’ to neglect casteism and take a stand against racism. It is important to mention that at the beginning of the same year’s IPL, former West Indies skipper and Sunrisers Hyderabad player Darren Sammy shared his dismay about discovering that he was being called ‘Kaalu’ (black) by Indian players for his dark-skinned appearance.

Seen on the TL, the rank hypocrisy of Indian cricketers who never once said #DalitLivesMatter, #MuslimLivesMatter, #FarmersLivesMatter, taking a knee for #BlackLivesMatter pic.twitter.com/n2gAMeknwg

Indian cricket is dominated by upper-caste players who do not make any efforts in showing any political presence except to the ones that are sponsored by the people in power. Sachin Tendulkar, the reigned God of cricket along with many prominent celebrities took to twitter in defending Indian sovereignty, while many farmers died protesting against the current government. Tendulkar did not find it important enough to tweet about his long-time friend from Mumbai Wasim Jaffer, who was questioned for religious bias while coaching the Uttarakhand state team. Maybe he was worried about his friend’s Muslim identity.

Indian players taking a knee against racism is a global sign that Indians are 'woke' and 'progressive', but it is also a sign of turning back on the filthy history of structural oppression in India. Indian players who took a knee in support of the Black Lives Matter movement shall also take a look at their own lives and realise how cunning they are to their country people.

Much has been said and much has been written, it is about time that Indian cricketers also start realising the importance of Dalit and Adivasi lives and take a stand against their oppression too. Until then, there is no relevance for their social media fanaticism and PR activism to their native countrymen.

Siddhant is a research student at TISS, Tuljapur.