Bollywood’s war hype and a curious document leaked by Wikileaks

As much as it is about entertainment, Bollywood, the Mumbai based film making ‘industry’, has been known for its vanity and entanglement with innumerable powers that be, including the Mafia and underworld. While recently, there has been a surge in hyper-nationalistic films showing an aggressively militaristic India and Indian foreign policy, a 2010 leak from Wikileaks, which contains a diplomatic cable by an CIA operative from London, describes that officials from Washington had met with persons in touch with Bollywood producers and actors and offered collaboration and funds to insert ‘anti-extremist' content in Bollywood films.

The cable, written on October 25, 2007 at 16:38, to Washington from London by an unnamed official of the United States government, has a ‘classified status’. The document came into the public domain after the mass leaks by Julian Assange’s website, Wikileaks and is part of the lakhs of other leaked US diplomatic cables.

The document talks about a visit from Farah Pandith, who was appointed as a ‘Senior Advisor on Muslim Engagement’ by the Obama administration and Jared Cohen, who is mentioned as an S/P member, possibly referring to his position as a member of Secretary of State Policy team, ‘with a wide range of UK government leaders, community activists, think tanks, artists, and Muslim youth.’ An interesting part of the document, talks about a discussion with several artists and producers who have ‘strong links with top Bollywood actors/actresses’.

The documents describes the meeting as a meeting ‘with a cross section of the South Asian community working in film to discuss the potential of working with the Indian film industry - "Bollywood" - on delivering an anti-terrorism Message’ and concludes that ‘A lively discussion produced a number of possible ideas, including developing ways to promote existing anti-terrorist films, and to develop funds for similar productions’.

The document also goes on to state that, ‘Once such an anti-extremist genre is established, participants believed that major Bollywood figures would be willing to speak out on the issue. Humaira Akhtar has already gotten back to Pandith on possible stars in Bollywood interested in such a project’.

While Outlook and The Hindu, had both reported about this leaked document, it seems to have largely gone unnoticed for the lack of the context or scale of the impact of such content in larger scheme of things back in 2010. Bollywood is churning out film after film where Indian foreign policy is being given a masculine, aggressive makeover to the extent where producers are racing to register film names after incidents like Uri and Pulwama attacks.

This is curiously similar to how the CIA involvement with the US based film industry Hollywood. It reportedly provides a wide range of associations from funds to renting military vehicles to filmmakers and asking a favourable portrayal of the US foreign policy in return and sometimes, turning a child rapist soldier in a war hero at the center of a film like Black Hawk Down.

It is not so that Bollywood has not had war films in its repertoire before, but in those films, the Indian army was a 'defender' against an offensive, while the 'New India' narrative in these new films portrays Indian Army as an aggressive force. Given the current hype around hyper-nationalist narratives being portrayed in a grandeur never seen before, these cables might offer a line of curious enquiry as to what this newfound bollywood obsession carries in its backdrop. The cable ends on an interesting line where it mentions that ‘Humaira Akhtar has already gotten back to Pandith on possible stars in Bollywood interested in such a project.’ 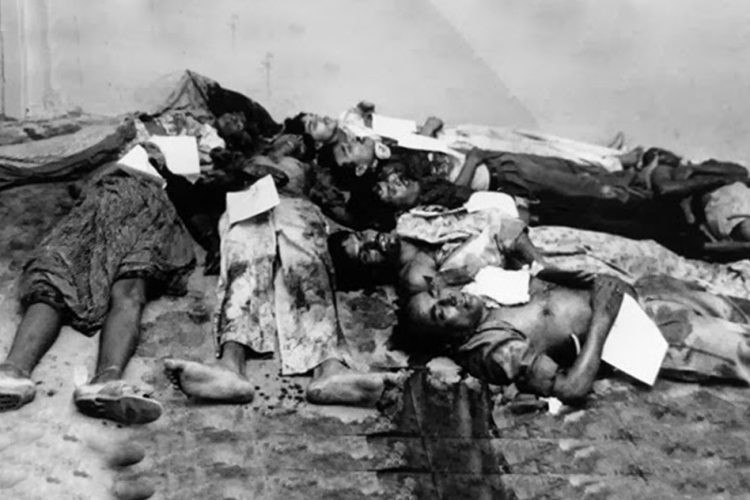