The year that was 2020: How lives of India's minorities changed

This year especially proved significant to the lives of India's minorities, turning their lives upside down.

The recently released 'South Asia State of Minorities Report 2020' stated that India has become a dangerous and violent place for Muslim minorities since the CAA was passed last year. Right from the beginning of this year, the lives of minorities in India have seen a shift, right from the Constitutional amendments and laws, Supreme Court decisions, to fake news and targeted police brutality and communal violence.

The year began with the protests against the controversial Citizenship Amendment Act (CAA) passed by the Parliament in 2019, and the National Register of Citizens (NRC) of India, which began last year. The women of Shaheen Bagh, who sat protesting on roads in Delhi’s chilly winters, were joined by thousands of women and people from across the country in solidarity. The CAA would facilitate citizenship to religious minorities (Hindus, Sikh, Christians, Buddhists and Jains) from Pakistan, Bangladesh and Afghanistan, and the NRC would require the citizens to give proof of their citizenship in India, upto three previous generations. In a third world country like India, where documentation is a challenge, and disasters and other factors continue to cause displacement and migration, many people opposed the NRC saying that it will be difficult to provide ancestral proof of document. The protesters, specifically Muslims, were termed anti-national, for opposing the law.

As citizens across the country began the protests against the CAA/NRC, they (especially the Muslims) were also met with the criticism that a ‘true Indian’ would never be against proving his identity. 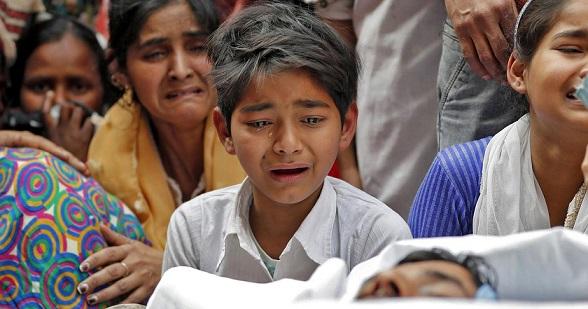 At the end of February this year, North-East Delhi saw bloodshed in Muslim-dominated areas, where people were killed and property burned. While Muslims were the targets of the attacks, which succeeded the anti-CAA/NRC protests, several arrests that were made in connection to the riots were those of Muslims and activists, who were associated with the protests. Many have, since, also expressed outrage that BJP leader Kapil Mishra, who had made provocative speeches in the National Capital, right before the riots, clearly inciting the riots, have not been charged with anything. Hundreds of victims have been said to have fled their homes in the riot-affected areas since February, fearing to return even now, 10 months later.

In April, amidst a strict Coronavirus lockdown in the country, the mob lynching of two sadhus in Maharashtra’s Palghar district shook everyone. A case of misinformation through social media, the lynching was a result of the WhatsApp messages being forwarded in the area that child kidnappers who harvest the organs of little children were active in the area. A vigilante group mistook the sadhus for the child kidnappers and lynched them to death.

However, there were attempts to give this incident a communal colour, as rumours were spread that those responsible for the lynchings were Muslims and tribals in the area under the umbrella of the Communist Party of India. However, after making 101 arrests in the case within hours of the offence, Maharashtra Home Minister Anil Deshmukh made it released a list of the arrested people to make it clear that none of them were Muslims, and that the BJP-led Opposition party in Maharashtra was trying to deliberately turn the incident into a Hindu-Muslim conflict.

While nearly 200 people have been arrested in the case so far, around 100 have been granted bail by the court.

On August 5, 2020, the BJP government laid the foundation for the Ram Mandir (temple) in Ayodhya, after the Supreme Court gave a verdict in favour of the temple last November. Interestingly, the date coincided with the day Article 370 was abrogated from the state of Jammu and Kashmir.

On September 30, the CBI Court acquitted all 32 accused in the Babri Masjid Demolition case, 28 years after the incident. Most of the evidence submitted in the case, including the videos and the photographs from December 1992 (when the incident occured) were nor accepted by the court. The court said that none of the accused had assembled and planned any such attack before it happened. The accused included some senior BJP leaders like Lal Krishna Advani, Murli Manohar Joshi, Uma Bharti, Kalyan Singh (then Uttar Pradesh chief minister), etc.

During March-April this year, as the COVID-19 cases in India were on a rise, a major share of the rising cases was blamed on a religious congregation of Tablighi Jamaat held in New Delhi mid-March. The congregation was attended by people from different countries, and as they went back to their hometowns across the country, they were brutally blamed for the spread of the disease across the country. The event was incriminated by the police as a ‘super-spreader’, and several were slammed with cases and over 900 foreign nationals were blacklisted.

Politicians deemed this event a ‘conspiracy’ to spread Coronavirus disease in India. Right-wing groups as well as certain sections of the media used this event to spread Islamophobia, going as far as to use the term ‘COVID Jihad’. Fake news stories and videos of Muslims deliberately trying to spread COVID-19 were largely circulated on social media. In August, Bombay High Court criticised the way the attendees of the congregation were scapegoated. Recently, the foreign nationals incriminated by the police have been acquitted by the court citing lack of evidence.

6) Hathras and other atrocities against Dalits in UP

On September 29th, 2020, the nation woke up to the news of inhuman treatment given by the Uttar Pradesh police to a gangrape victim and her family. A Dalit girl in UP’s Hathras village, who was reportedly raped by upper caste men on September 14th, succumbed to her injuries after fighting for over 15 days. What was more shocking was that while her family demanded postmortem, the rape victim’s body was cremated at 2:30 at night by UP police. A video of UP police trying to convince the family to cremate the victim instead of waiting, while the family clearly refused, also made rounds on social media, drawing criticism towards the police and the state machinery behind them. 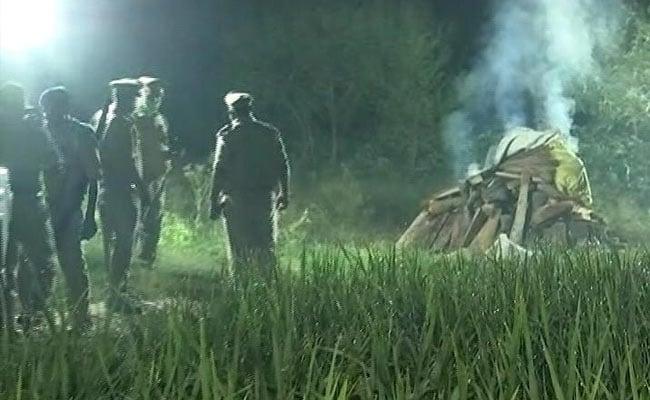 While the media and people crowded the border of the village, trying to reach out to the family, the police prohibited anyone from meeting them. In fact, as days passed, there were also claims that the Hathras victim was not raped. Videos of the people from the Thakur community (to which the alleged rapists belonged) were circulated, where they cried foul. The case was later handed over to the CBI, and the investigation agency recently released a report that stated that rape cannot be ruled out in the Hathras case and faulted the police in delaying the victim’s medical examination and ignoring her statement.

Following Hathras, several more such cases of violence against Dalits in Uttar Pradesh surfaced, drawing the nation's attention to the state of Dalits in the state.

The All India Majlis-e-Ittehadul Muslimeen (AIMIM) - (Indian regional Muslim party) - won five seats in Bihar’s Seemanchal region this year. However, AIMIM's vote share in the elections brought accusations that it was BJP's B team that acted as a 'vote-cutter' for other parties contesting the elections. While Congress was very vocal in deeming AIMIM as vote-cutters, the party in fact performed better than Congress.

On November 28th, Uttar Pradesh Governor Anandiben Patel signed over the Uttar Pradesh Prohibition of Unlawful Conversion Ordinance, 2020 in the state. Under this law, all interfaith couples would need to seek approval from the state before getting married. Since then, the police have registered several cases under the law. With tips from people, the police have been taking the couples that they suspect from their weddings to the police stations. This has also led to many controversies, as in one case, both the groom and the bride turned out to be Muslim after they were dragged to the police station from their wedding. In another instance, a Muslim man and his brother were arrested by the police under the law, while he and his wife had gone to the marriage registrar to register their marriage. The Muslim man continued to be arrested even after his wife (Hindu) repeatedly said that they got married in the month of July when the law was not in picture.

The debate around the so-called ‘love jihad’ has resurfaced in the country, after the controversy over an advertisement by the jewellery brand Tanishq. The advertisement showed a Muslim family planning a baby shower for their happy Hindu daughter-in-law. While the advertisement celebrated interfaith marriage, it was attacked on social media as a propagator of love jihad, and Tanishq was forced to take it down.