A lone man's struggle to conserve a Warkari Heritage

With a firm but mellow voice, Madhusudan Patil Maharaj, says, “Wrukshawalli amha Soyari Vanchare” (All trees, plants are our family) the state forest department of Maharashtra uses these lines of Saint Tukaram in its advertisements to encourage tree plantation and protect environment. Ironically, the hill where Tukaram was inspired to write the line is being encroached upon by construction and industry.” agitating before the District Collector office here in Pune with his Warkari friends.

While Warkaris from all over India and parts of the Maharashtra have gathered together and started walking towards Pandharpur for the Ashadhi Wari, the monsoon pilgrimage, to meet their lord Vitthal, Patil maharaj has stayed back here and chosen to carry out the agitation to save an important heritage instead.

Tukaram, also referred to as Tukoba, was a saint poet of the Bhakti tradition in Maharashtra. He is known for his devotional poetry in the form of Abhang and people oriented form of spiritual speech called Kirtana. He was born and lived his life in Dehu, near Pune. The 16th century saint has left his memories in the heart of the Warkaris through his Abhanagas. 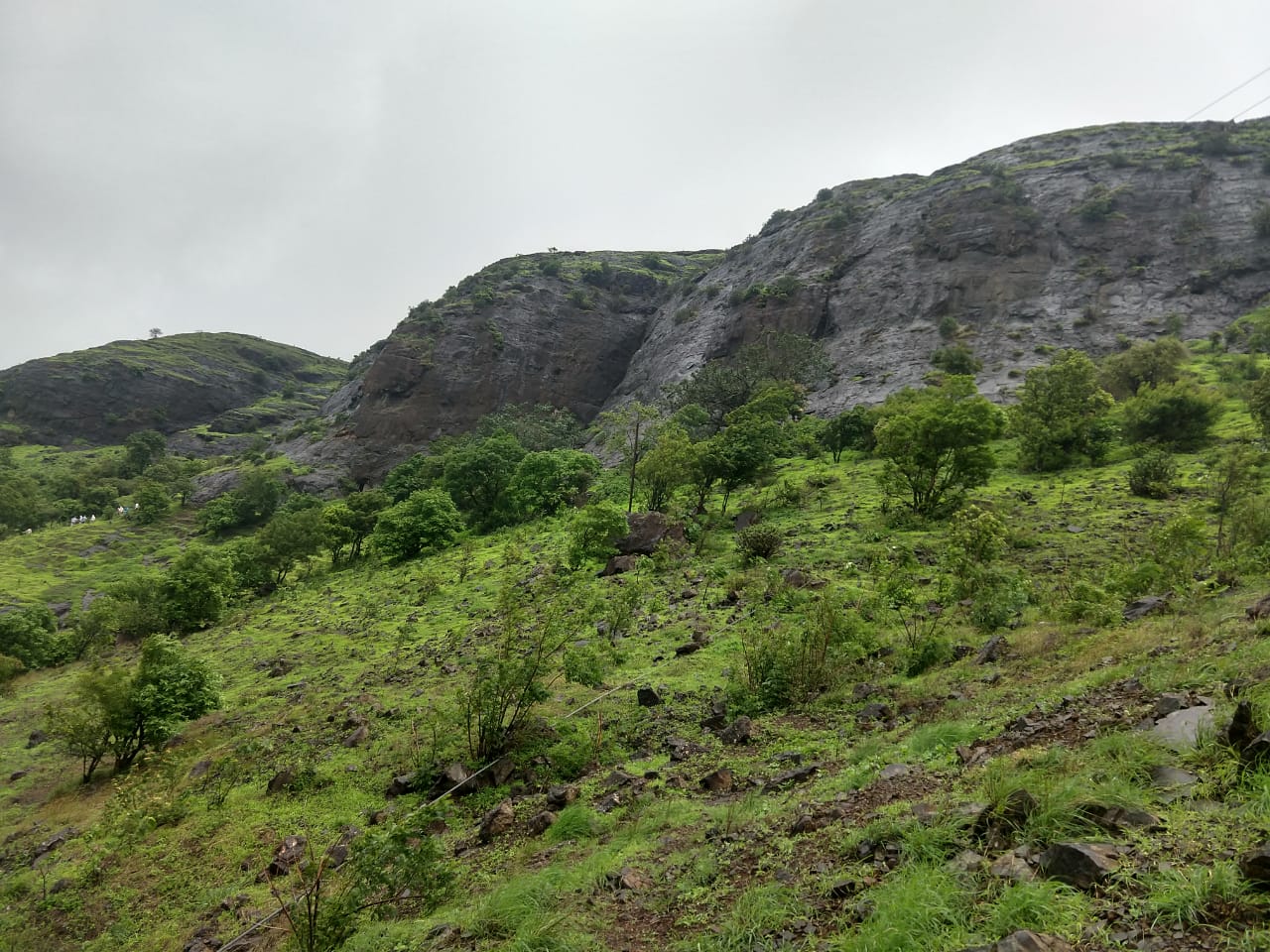 The hills at Bhanadara, Bhamagiri and Ghoradeshwar, especially the Bhamachandra Dongar, are considered to be places where he used to spend most of his time meditating and composing.

Madhusudan Patil, a man in his 60s with a grey beard, is the president of the Santbhumi Sanrakshan  Samiti, the committee formed to conserve heritages of the saints and has been strongly opposing the encroachment of the Bhamachandra dongar. Warkaris also had rose similar protest several times, latest one was in June this year.

He says, “ This is not just about the belief of Warkaris and Sant Tukuram alone. It is a call for saving this beautiful nature from the attack of so called ‘development’. It is time to save the biodiversity. We must conserve these hills and caves here like our pride Ajintha and Verul caves.”

He narrates his anxiety, “The national heritage is isolated from the human activity. No single vehicle, artificial building is allowed near the heritage but now you can see mining and construction works which are cropping up near the site.”

Along the minor and major constructions, mine blasts and other destructive activities at the hill slope have begun to be carried out. Initially the government had protected the demarcated 252.14 hectares belonging to the Bhamachandra Dongar. Amending the protection, it has now reduced the protected area status to just 90.4 hectares. After this revocation, the local farmers started selling their lands to builders and developers.

Patil recalls the days when he had started the fight against encroachment activities in early 2006, “When at first I asked about this mining work near the Dongar, I was given an answer that the land was privately owned and some company was to start its operation there. Later we got to know that it was nothing but the Dow chemical company which had bought the infamous Union Carbide, which had caused the tragedy in Bhopal.” 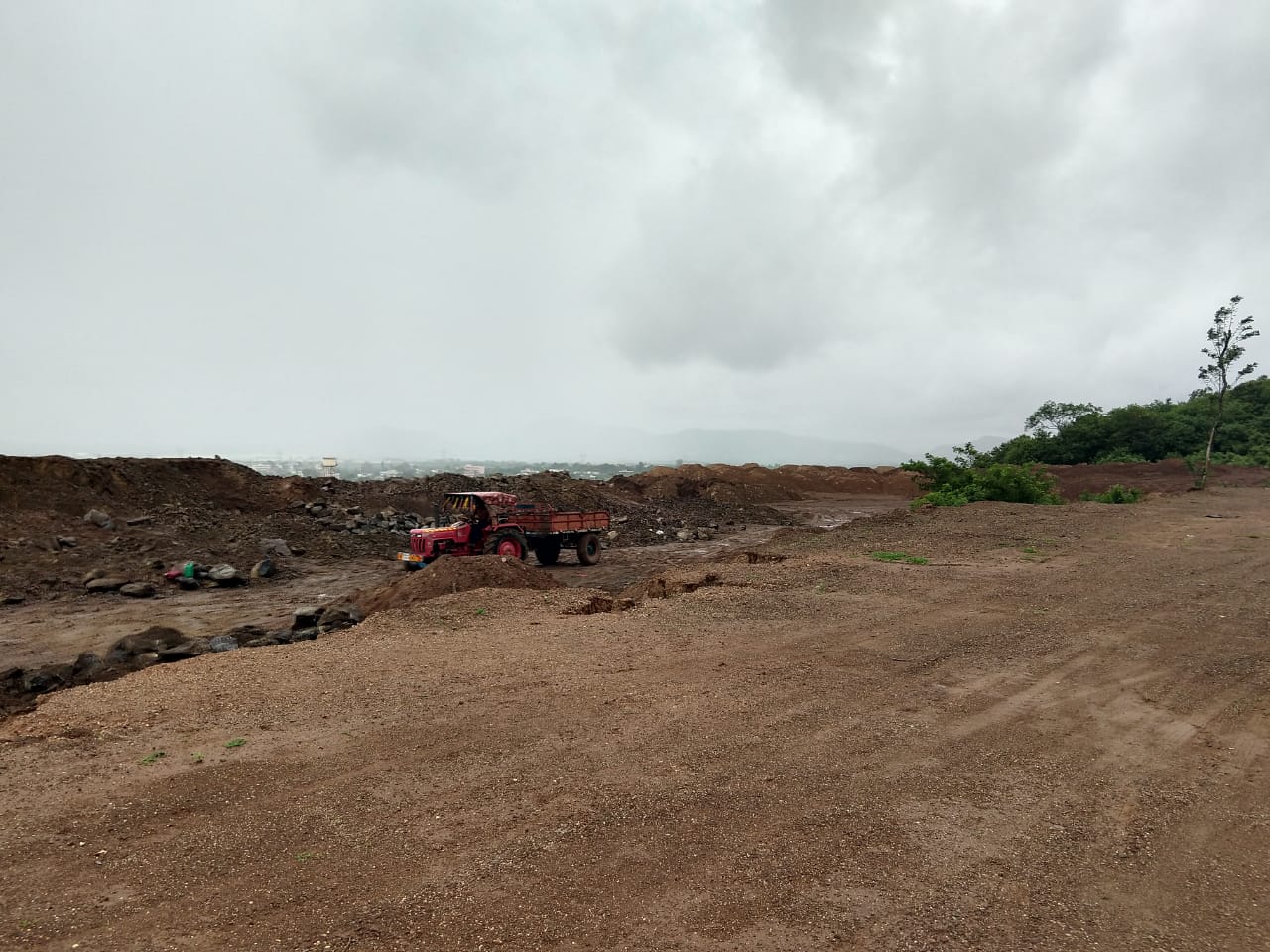 He narrates his fight along with Warkari Sansthas  against The Dow Chemical Company, commonly referred to as Dow, an American multinational chemical corporation, “It was a big fight and needed strong support. But victory came to us and in 2009 the government passed the resolution to obstruct Dow chemicals to stop its operation. Thanks to kirtan orator Bandatatya Karadkar, Retired Justice PB Sawant, Retired Justice B.G.Kolase Patil, BhaRiPa leader Prakash Ambedkar and others supported Warkaries to raise our voice.

The fight of the Warkaris against the arrival of Dow chemicals at the site was a short-lived success, and the construction activities in the same area are still going on. “The caves in the hill are hardly a few meters from the private lands. A petrol pump has also been built there. The private company has excavated the area to a large extent,” says a resident of the nearby area, requesting anonymity.

The ongoing agitation by Patil and his colleagues before the collector office and his previous protests have brought some hopes for him and Bhamachandra Dongar. The district collector has formed a fact finding committee and ordered a report for the site. The committee compromising five experts from different areas of expertise, will report to the Collector in a few days.

Directorate of Archaeology and Museums Assistant director Vilas Wahane, told Indie Journal, “We have been also active to conserve these caves since 2011. What Patil Maharaj demands is the conservation and protection of the entire hill. What we can focus is just the caves, with our limited scope of archaeology”. Denying the present agitation as a trigger to form a fact checking committee he explains, “Our visit to the area was preplanned in February. What we are concerned in are the caves and not the entire hill. Most of the area of the hill is already under the protection of the forest department.”

Group number 319 as per the land records, belongs to the forest department.

Pandurang Sable, professor at the Deccan college Post Graduate and Research Institute, Yerwada, Pune,  is also the member of this fact finding committee. He says, “The report is yet to be released, but there is no doubt that the area should be protected considering the natural caves and the hillock. This place inspired Tukaram Maharaj to write on nature, humanity and philosophise. The area is surrounded by a rich forest.”

“The report is yet to be released, but there is no doubt that the area should be protected considering the natural caves and the hillock. This place inspired Tukaram Maharaj to write on nature, humanity and philosophise. The area is surrounded by a rich forest.”

He further explains, “Archaeologically, Sant Tukaram belongs to the late medieval period, but the traces of habitation here can be found long before his time. There are ancient sources of water here. The caves are naturally formed. All local residents and their ancestors share stories and myths about this hill. There is no scope for arguments. We all think this is cultural and natural heritage.”

The forest department and the Maharashtra Pollution Control Board (MPCB), are also important authorities which should look after this issue. The city development department and MIDC officials could have been invited as important stakeholder for the discussion.

Heramb Prasad Gandhe, the regional officer at MPCB Pune, shares his view, “This is the question of everyone's sentiments towards Tukaram Maharaj and also our duty towards nature. We are very positive about the conservation of this land. The report is confidential and as of now I am unable to share more details, but we have conducted the survey carefully and we will release it soon.”

Gandhe was also part of the committee that visited the site recently.

Mrudula Mane, member of  the Indian national Trust for Art and Cultural Heritage (INTACH) and also a conservation architect has a different view to share. She says, “I was also a member of the committee. This issue needs a holistic approach to get resolved. The only issue is the dilemma of whether to protect the complete hillock or the caves alone,” adding, “ The forest department and the MIDC officials need look into the matter as they are also the most important stakeholders.”

She further says, “The second concern is very important. Nowadays, Warkaris and other devotees have easy access to this site but it may get affected once the area is termed as a national heritage. Between the ongoing development and conservation of the site, we need to find the midway.”

Madhusudan Patil has been familiar with such counters and replies, “I don't believe in any political parties. My party is just one, Tukaram. I have visited the parliament and have written to the Chief Ministers and Cultural Ministers several times over past 15 years. All are the same, but our fight will not stop. This is the fight for nature. Mother earth. We owe her.”

Sant Tukaram, Sant Dnyaneshwar and all other Saints, left their home symbolically in their Palakhis along with millions of Warkari for Ashadhwari like every year to meet lord Vitthal. Patil stays back to agitate for his belief, that this is also a form of Wari, to fight for the right, fight for nature. 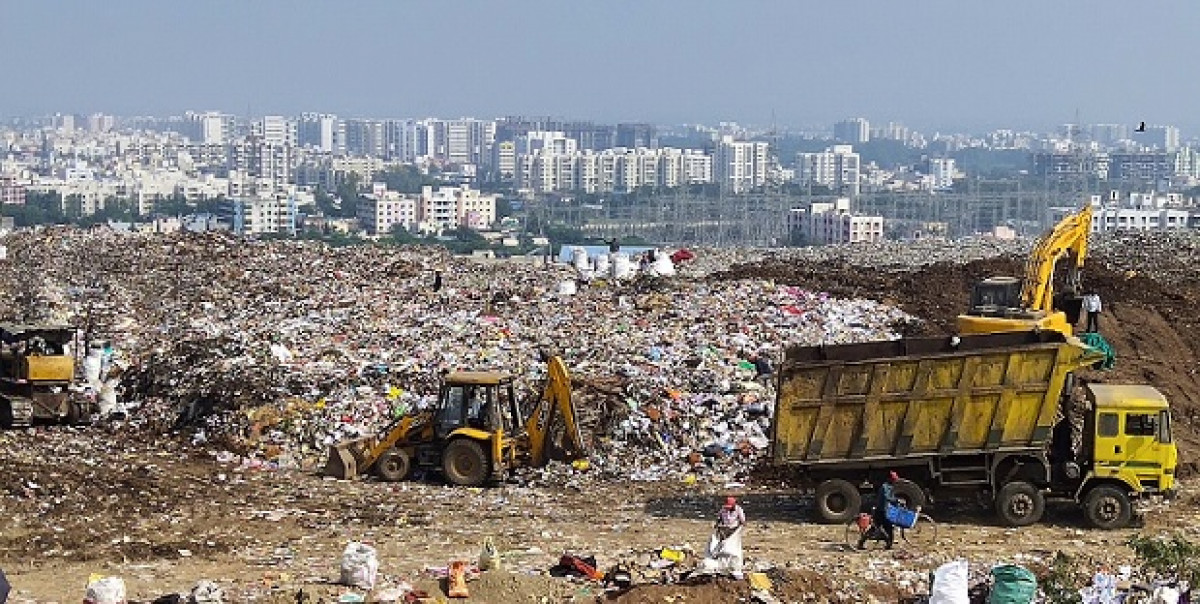