Remembering Hausabai Patil, the revolutionary daughter of a revolution

On Thursday, 23 September 2021, Hausabai Patil (Hausakka), a revolutionary freedom fighter and daughter of Krantisinh Nana Patil, passed away at 95. She was born on 12 February 1926. She is remembered for her work down during the freedom struggle where a prati sarkar or parallel government, was formed in Satara, to delegitimise the British rule.

Whenever we recall the freedom movement or the socio-political movements taken place after it, invariably we remember the extraordinary valour, courage and struggle of the people who lived the period with the extraordinary spirit.

The Sena was the armed wing of the prati sarkar or provisional, underground government of Satara that declared independence from British rule in 1943. With its headquarters in Kundal, the prati sarkar actually functioned as a government in the nearly 600 (or more) villages under its control.

Hausabai Patil (Hausakka) was just three years old when her mother died. She used to say, “My father Nana was both my mother and father. He taught me the lessons of struggle and inspired me to fight for independence. For him, leaders like Jyotiba Phule and Mahatma Gandhi were ideal, and he believed in their motives. The motive was to bring swarajya and get rid of the British Government.” Her father, Krantisinh Nana Patil, fought for poor, marginalised workers and for the country’s freedom. She got inspired by her father at an early age and took part in the struggle at a very young age.

Hausabai is one of them who fought for the sections of society till the end of her life. Such people are always concerned about the huge cause. For them, their own self matters less than the suffering people around them. When I met her the first and only time, she expressed her concern for the children of sugarcane cutters. It was Diwali, and she expressed that how can we celebrate the festival when someone is still at the workplace with her little kids. She could not have the sweets made for Diwali.

The day we met Hausakka was 14th November 2018. The day we learned a new and probably the greatest perspective to look at life. That meet showed us the true spirit, courage and passion for acquiring something. The woman was younger than all of us at the age of 93. She was the epitome of energy and spirit, as well as a treasure of love and kindness.

When asked about their life in the freedom struggle, she said, “We used to arrange morning processions, give slogans, sing freedom songs as well as spread verses (Ovi, a form of people’s poetry) composed on freedom fighters and the movement leaders” while telling that she sang some of the verses,

The woman, the revolutionary who sat before us kept telling us the thrilling episodes of her life. She was sketching all her life before us. One such incident, when she was on a mission to bring back leader Baal Joshi from Panaji Jail. The responsibility was given to J.D Bapu Lad. He asked Hausakka to come with him when she was a lactating mother, and she denied in the first stance.

J.D informed her father, Nana, about it, and his reply was all telling their devotion to the movement; he said, “I will not stop her if she wants to go, and I will not even tell her to go if she does not want to. Now she has to make a decision befitting her father’s name and fame.” She took the decision that suited her father’s legacy. She decided to go on that mission that took around 13 days and a gruelling journey through the rivers and forests to return to her child. The mission was equally thrilling, in which she had to cross rivers at midnights and trod the forests to hide from the police.

She was a part of Tufaan Sena, an armed wing of the Prati Sarkar (parallel government). The Satara Parallel government in Maharashtra from August 1943 to May 1946 against British rule was a legendary chapter in the glorious freedom struggle of India. The Patri/prati Sarkar movement was a guerrilla struggle. The Parallel Government carried out some social reforms like prohibition, eradication of untouchability, awareness about literacy. It propagated land reforms and simple marriages involving smaller expenses, which they called ‘Gandhi Vivah’. She told the story of her marriage that was executed for only 11 Rupees.

She was so proud that the ‘Tufaan Sena’ included women in it. We asked what she thinks about the conditions of women today, she replied, “We came out in that period when women were confined to the four walls of the house only. Today’s women shouldn’t keep mum, they shouldn’t confine themselves in child-raising and cooking, they should fight for the right along with men. We fought with the motive; none of my father or my husband told me about it. But I felt that was my responsibility too and took part in the struggle. Similarly, every woman today should take responsibility on her shoulder.

Looking at us as representatives of the youth, she advised us to raise our voices against unemployment, anti-poor educational policies, and whatever is going wrong with anybody. “If you don’t get a satisfactory answer from the government, be ready to fight. You should always stand against exploitation and injustice. If you are courageous enough, nobody can push you back. Don’t forget we have expelled vicious British from our country with the same courage,” she had said.

Hausakka, a magnetic personality, made us think about how one can choose such a strenuous path. Her life is always a lighthouse for everyone who wants to choose an untrodden path in their life. When I think of her, I recall the poem written by Robert Frost, ‘The Road not Taken’ in which he says,

I took the one (path) less traveled by,

And that has made all the difference.”

Indeed, Hausakka has chosen the untrodden path too whenever she had to make a choice. A huge salute to the revolutionary who was a living revolution till her last breath. 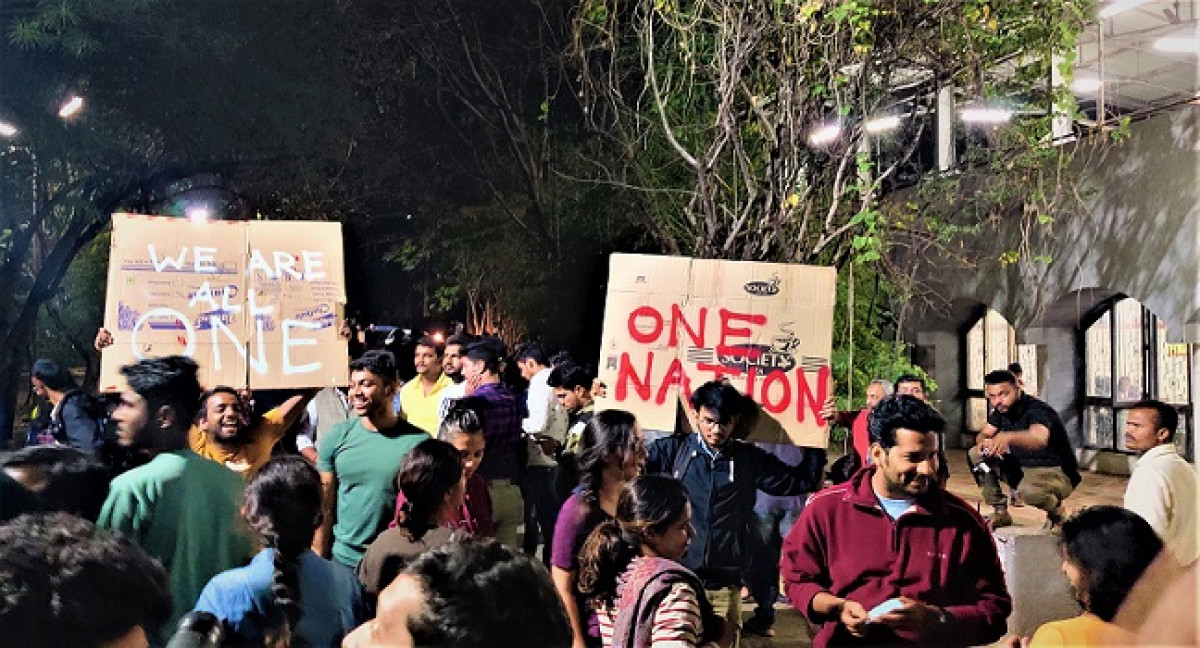