Women across India, inspired by Delhi’s Shaheen Bagh, gathered in their own cities and towns in solidarity.

“We realised that we could not be quiet any longer. To keep the democracy alive, we have to raise our voices,” said Mumbai-based student and activist Sadiya Shaikh.

A 17-year-old Shaikh travels from city to city, as she addresses men and women, students and other citizens, protesting against the Citizenship Amendment Act (CAA) and National Register of Citizens (NRC) of India.

“These protests have changed me. In fact, they have changed all the women who are participating. They have given us a voice,” Shaikh said. 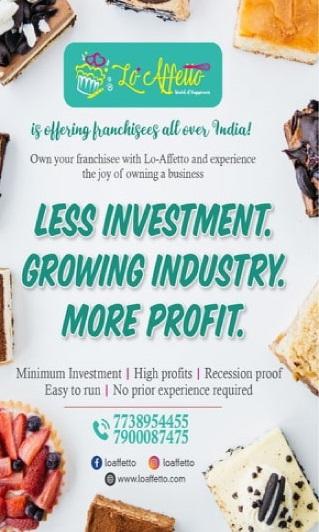 Advert under the DBA Entrepreneur initiative

The world is celebrating International Women’s Day today. On March 8, 1917, women in Soviet Russia gained the right to vote. However, women at large have been known to have remained away from politics, for a long time. As women across India, inspired by the undeterred women of Delhi’s Shaheen Bagh, who have beaten odds to continue their protests against the CAA and NRC for over two months, gathered in their own cities and towns in solidarity, they have certainly proven otherwise.

“I think we have all shown that we are capable of having a political opinion. It’s not upto the men anymore,” said Pune-based Prof. Ankita Singh who has been a part of the protests since the beginning.

However, this female-driven protest did not begin across the country suddenly, but it was a result of a sequence of events that were the detonators.

“The assault on the students at Jamia Millia Islamia (JMI) was the last straw. It was the trigger that brought women of Delhi out on the streets. There were so many incidents that were happening, the protests were not this intense even after the bill was passed in the parliament. It was the assaults on the students that led to the final outrage,” activist Shabnam Hashmi said.

Singh added, “And the assaults continued. The students of Jawaharlal Nehru University (JNU) along with their leader Aishe Ghosh were attacked. Activist Sadaf Jafar was arrested. The women across India showed solidarity with them. I think this also brought out all the patriarchal notions that the women have been subjected to for a long time, and they came out of their homes, in large numbers.”

The protests in solidarity with Delhi’s Shaheen Bagh began almost a month after the original protest began.

“In Mumbai, a few women began sitting for protests 24x7 around January 26. It was Republic Day. We expected the Government to do something to assure us, to respond to the ongoing protests. But nothing happened. It mobilised more women in the city to come and join us,” Shaikh said.

These women don’t just sit and shout slogans, but have also been working hard to make people aware.

“We speak with people around us, conduct sessions on why we are protesting against the CAA and NRC, and why it is all important,” she said.

She also added that the protests have helped women find their voices.

“Earlier, only a few of us would speak to the media, or other people. We have helped each other to garner the courage, I believe,” Shaikh said proudly.

“The most significant thing is that these women have set out on a journey to safeguard the Constitution of India. They are not talking just about themselves. They are fighting for everybody. And they are being taken seriously. Well, it was these protests that made the Prime Minister Narendra Modi say that there will be no NRC, wasn’t it?” Hashmi added.

A Question of Existence

What is special about the protests this time is that the women look at them as a question of their existence, their identity.

Dr Aishah Vaseem Shaikh of Pune said, “We cannot take an attack on our families, on the future of our children. That was exactly what the CAA/NRC threatened to do. And after women of Delhi’s Shaheen Bagh took lead in the protests against CAA/NRC in one of the coldest winters the city has ever seen, the women everywhere else thought why can’t they join. Afterall, it was the issue of the whole nation,” Dr Aishah Vaseem Shaikh of Pune said.

While the protests have brought the Muslim women from all walks of life to the forefront, Dr Aishah said that this has encouraged young Muslim women to emerge as leaders.

“The protests have seen Muslim women, housewives, doctors, lawyers, engineers, take a stand. Muslim women have been expressing themselves like never before. This is very empowering, and I am sure it will change the way Muslim women have always been perceived,” she added.