The mega-dam project has been in news over the past few weeks.

The proposed mega-dam project in Dibang Valley in Arunachal Pradesh, which would require clearing of over 2.7 lakh trees, is not economically and financially viable, said, environmental experts. Shripad Dharmadhikary of Manthan Adhyayan Kendra and Ashwini Chitnis, independent researcher and policy analyst, has submitted the report to the Ministry of Power (MoP), recommending not to go ahead with this project.

The mega-dam project has been in news over the past few weeks since the probability of the project getting a clearance from the Union Environment Ministry’s Forest Advisory Committee (FAC) increased. Several environmentalists, as well as people from the northeastern states, have been voicing concerns over the damage that the project is speculated to cause to the rich biodiversity of the region, for years.

“The FAC, in its meeting held on April 23rd, 2020 discussed the issue of diversion of forest land for the proposed 3,097 MW Etalin Hydro Electric Project (EHEP) in Dibang valley. The FAC has posed several questions to the (MoP) regarding the necessity as well as the financial viability of the concerned project. We carried out an independent analysis of the issues forwarded by the FAC to MoP, and found the project to be totally unnecessary,” Dharmadhikary told Indie Journal.

The FAC had questioned the MoP that given the six-year delay in starting the project, is it still relevant from the electricity demand-supply point of view. Analysing this in their submission to the ministry, Dharmadhikary and Chitnis said that in the last six years the country’s demand-supply situation has indeed changed significantly with high levels of renewable energy-based capacity addition and excess thermal capacity.

“Further, the proposed project is not mentioned in the latest National Electricity Plan of 2018, which projects the country-level demand and supply situation until 2027. In the absence of a thorough and scientific demand-supply analysis of the concerned beneficiaries after evaluating all alternatives, the proposed project cannot be considered,” the report stated clearly.

Delays and underutilisation of hydropower projects

In their report, the researchers have also pointed out that as of March 2020 hydropower capacity of 11,975 MW is under construction, and on average these projects have been delayed for about eight years, as per the quarterly report of Central Electricity Authority.

“The costs of these projects have almost doubled. Thus, though hydropower is considered a useful resource for meeting peak demand and managing the intermittency of renewable energy sources, excessive costs of new hydropower capacity are rendering it as a non-economical option for these purposes,” the report further stated.

The issue is even more critical as the existing capacity is not being utilised most effectively. As per a study published by the Forum of Load Despatchers India, there is a potential of 4,200 MW of additional peaking support from the existing fleet of hydro generation at the national level.

With delays and high costs, Dharmadhikary and Chitnis also pointed out that it often becomes difficult for the state governments to buy the electricity generated from such projects defeating their purpose. “The recent examples of termination of the high-cost Maheshwar hydropower project by Madhya Pradesh government and the reluctance of Punjab and Rajasthan Discoms to buy the high-cost power generated by Teesta III hydropower project show that while the power provided by these projects might seem lucrative initially, the states are often forced to rethink their decisions,” the researchers stated. 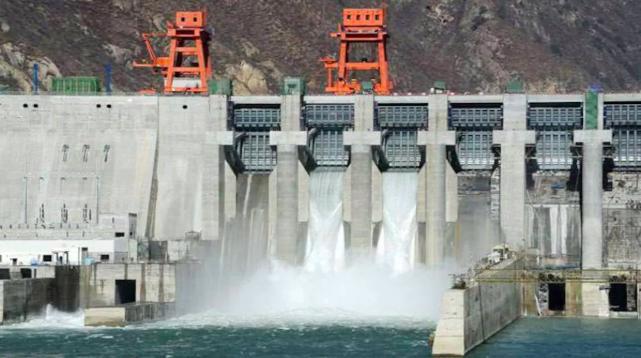 “In contrast to the high cost of new hydropower capacity, alternatives such as battery systems coupled with solar PV or wind are much cheaper and can provide peak support more reliably, and with much lesser environmental impacts,” the report added stating that the tariffs of the power generated via solar energy would be much cheaper than those of hydropower.

“There are several alternatives to larger dams, and these should always be explored,” said Dharmadhikary.

“People question how they can depend on solar power when it is not effectively available 24x7, being an intermittent source of energy. While hydropower is also intermittent, it’s believed that it can be drawn whenever we wish. However, solar energy can easily be combined with a battery system to store and use, and this combination too would be much more economically viable than water energy. Moreover, the reduction in the environmental impact is another story,” she said.

As per a study conducted by the Wildlife Institute of India (WII), there are around 563 flora species, 155 butterflies, 11 odonates, 113 spider species, 51 moths, 14 amphibians, 31 reptiles, 230 birds and 21 mammal species found in the EHEP study area. While the WII stated that there were no tigers in the project area, the environmentalists have stated that there have been sightings and rescues of tigers there. Along with the loss of habitat, the Idu Mishmi community residing in the project area would also be losing its home, if the project were to see the light of the day.