The NGT has clearly stated that the carrying capacity of the said areas is over.

While the commercial coal mine auction for 41 blocks across the country announced by the Central Government in June this year has raised several controversies, Manthan Adhyayan Kendra has released a report demanding the government to stop the auction of the proposed coal blocks in Chhattisgarh’s already over-exploited Mand Raigarh Coalfield. The five proposed coal blocks in the region that lies in the concerned region have been added as part of the latest amendment to the original list in September.

“Out of 41, nine coal blocks were in the state of Chhattisgarh, out of which three were from Hasdeo Arand region in Korba district, two from Surguja district and four from the Mand Raigarh block in Raigarh and Korba district. After the local communities, as well as the Chhattisgarh State Governments, resisted the auction of some of these blocks as they were in areas of high biodiversity in the proposed Lemru Elephant Reserve as well as the Mand River catchment area, five of these blocks were removed from the auction list. However, as a replacement, the government added five more coal blocks from the Mand Raigarh coalfield to the list,” said expert Shripad Dharmadhikary of Manthan Adhyayan Kendra.

Similar opposition was also seen in Maharashtra against the Bander coal block situated near the Navegaon and Kolara gates of the Tadoba-Andhari Tiger Reserve (TATR) in Chandrapur district. “While Bander coal block was also eventually removed from the list, no new blocks were added in the state of Maharashtra, unlike Chhattisgarh,” Dharmadhikary stated.

The problem in Mand Raigarh

“The minefield in Chhattisgarh’s Raigarh district has already been exploited for several years. Along with a continuous local movement against coal mining in the region, the National Green Tribunal (NGT) over the last many years had also observed the adverse impact of negligent mining in the area,” Dharmadhikary said.

The NGT has clearly stated that the carrying capacity of the said areas is over. In its order dated February 27th, 2020, the NGT has directed that "since serious deficiencies have been found and there is potential for damage to the environment as observed in the report, the ‘Precautionary’ and ‘Sustainable Development’ principles require that any further expansion or new projects in the area should be allowed after thorough evaluation only and mechanism for remedial measures should be in place, including oversight of measures for health mitigation."

Despite the strong reports and orders by the NGT, Dharmadhikary added, and even after NGT had fined one of the companies for its operations, new blocks have been allotted in the close proximity to the already exploited areas. The reason why we have released this report now is that the coal block auctions are supposed to take place by September 29. The cancellation of five mines (in the proposed elephant reserve) from the auctions list was a welcome step, but its overall impact has been nullified to a significant extent as the impacts are merely being shifted to a different location, a location that has already been reeling from the impacts of coal mining for over two decades now,” he added. 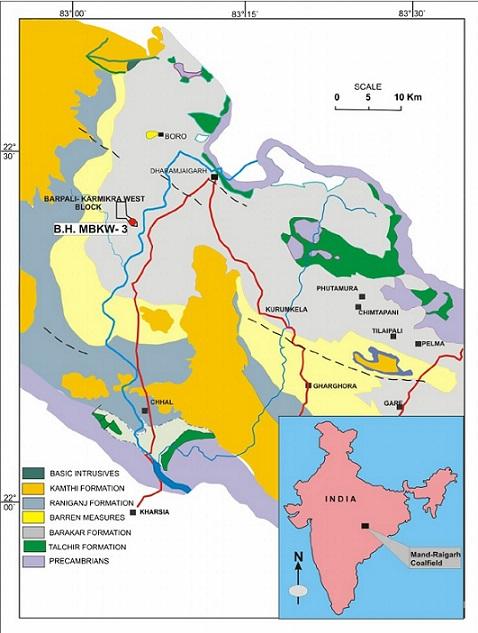 The local communities have been highlighting the long-lasting impacts of mining in the region for a long time. “Since 2015, Gram Sabhas in the area have strongly objected and opposed any new mining activity till the issues created by the earlier activities have been addressed,” the latest report has stated.

Shivpal Bhagat, former sarpanch of Kossampali, a village in Mand Raigarh region, has been protesting the mines in the region since 2009. “Our struggle seems to be unending. We have been protesting for over a decade, and yet, no government is paying attention to this problem. Mining has destroyed our land, our water resources, our environment. We have protested, and we have fought in court and won. But the problem persists. Now with these new proposed coal blocks, we would have around a dozen mines in our area. There would be more deforestation. How do you think this affects our quality of life” Bhagat questioned exasperatedly.

A local activist who has been involved in the protests for a few years, Rinchin, told Indie Journal that the local communities in and around Mand Raigarh have been actively protesting and opposing the mines for several years, with all possible means. “Gram Sabhas have been registering opposition to coal mining, communities have been protesting, studying and surveying its impact on the environment, the health of the people. Locals have been pursuing cases for long periods of time, they are travelling extensively for the same, tribals, farmers, women in the area have protested. They have been doing everything they can to protect their land, their environment,” the activist added.

Several researchers have also carried out extensive research in the area pointing out the environmental and health hazards created by coal mining in the region over time. The reports have shown the contamination of air, water and soil samples from the areas around the coal mine blocks in Chhattisgarh due to the presence of heavy metals.

“It’s actually sad that despite everything, new mines have been proposed in the same area. It’s as if the government doesn’t care, or that it does not know what is happening at the local level, at all,” Rinchin added.