In the first-ever climate change assessment report for India, scientists have reiterated the need to understand local climate change in India, how anthropogenic pressures continue to induce these changes, and the necessity to develop strategic approaches for improving the knowledge of Earth system processes.

Human activities have influenced the changes in regional climate, and human-induced climate change is expected to continue apace during the twenty-first century, stated the 'Assessment of Climate Change over Indian Region' report published by the Ministry of Earth Sciences (MoES) two days ago.

What does the report say? 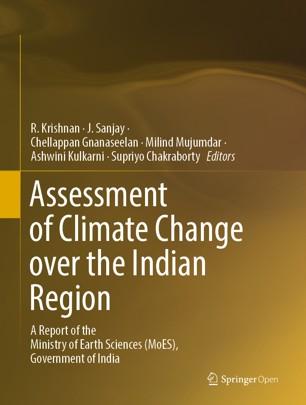 By the end of the twenty-first century, the average temperature over India is projected to rise by approximately 4.4 degree celsius. Why is this concerning? As per the Paris Climate Agreement, the long-term temperature goal is to limit the global temperature rise to 1.5 degree celsius of the pre-industrial levels, so as to reduce the impact of climate change.

The sea level in the Northern Indian Ocean (NIO) is projected to rise by approximately 300 mm (30 cm). India’s long coastline, where some of its largest cities are located, is among the most densely populated regions of the planet, making it exceedingly vulnerable to the impacts of sea-level rise.

At the same time, the intensity of tropical cyclones, frequency, intensity and area under drought, temperatures of the warmest and coldest days of the year, sea surface temperature in the tropical Indian Ocean have been predicted to continue to rise through the 21st century. The decrease in snowfall over the Hindu Kush Himalayas and changes in the variability of monsoon precipitation with an increase in daily precipitation extremes have been projected in the report to occur by the end of the 21st century.

“Since the middle of the twentieth century, India has witnessed a rise in average temperature; a decrease in monsoon precipitation; a rise in extreme temperature and rainfall events, droughts and sea levels; and an increase in the intensity of severe cyclones, alongside other changes in the monsoon system. There is compelling scientific evidence that human activities have influenced these changes in regional climate,” stated the researchers in the executive summary of the report.

The MoES report has explained in detail the changes in the climate over India since the past few decades, to project climate changes till the end of the century, pointing out the extensive role of greenhouse gasses, aerosols and other anthropogenic agents in the change over the region.

The report has warned that the rapid changes in India’s climate projected by climate models will place increasing stress on the country’s natural ecosystems, agricultural output and freshwater resources, while also causing escalating damage to infrastructure. It goes on to say that this might pose serious consequences to the country's biodiversity, food, water and energy security, and public health.

As per the scientific study Future of the Human Climate Niche published by the American journal Proceedings of the National Academy of Sciences of the United States of America (PNAS) (earlier reported by Indie Journal), depending on scenarios of population growth and warming, over the coming 50 years, 1 to 3 billion people have been feared to lose their lives.

What does the report mean for us today?

Adaptation and mitigation is the way, said Kaustubh Savatkar, consultant, KPMG, as he spoke about the way ahead.

“We know the predictable outcomes of climate change activities. What’s unpredictable are the anthropo-centric emissions/activities, and whether they are increasing or slowing climate change. That is what we need to determine today. We need to decide how we are going to adjust to the changes in the climate, and how are we going to prevent the actions that might expedite climate change,” Savatkar added.

“I hope that this report becomes the basis for periodic multi-disciplinary miniature assessment focused on India, on the lines of Intergovernmental Panel on Climate Change (IPCC),” said Jagdish Krishnaswamy, Senior Fellow, Centre for Biodiversity and Conservation, Ashoka Trust for Research in Ecology and the Environment (ATREE), Bangalore.

He added, “In terms of adaptation and mitigation strategies, a shift away from water-intensive crops and a food-basket that assures nutritional and food security across diverse crops, sustainable capture fisheries and ecological restoration linked to water security and water quality improvement are possible options to be considered. Fostering consumer and citizen preference for healthy, nutritious food-crops with lower ecological, carbon and water-footprint will require a region-specific approach linked to cultural dimensions.”

Krishnaswamy also pointed out the flawed focus on tree plantations or afforestation as a mitigation strategy suggesting that it needs to be replaced with ecological restoration of degraded ecosystems: forests, grasslands, wetlands, rivers and estuaries with multiple adaptations and ecosystem services co-benefits.

On adaptation and mitigation, the report stated that India’s climate change response is achievable by greater observation, research, development of integrated models for prediction and education and outreach programmes.

Pointing towards the huge human interference in India’s “unplanned” urban areas, urban flooding expert Sarang Yadwadkar stated that the policies need to shift from a greed-based to a need-based model.

“The growth in the cities is malignant and highly imbalanced. We need to let the cities be inconvenient, and stop finding more solutions to the problems without any kind of planning. We need to focus more on the rural areas, which is possible right now since people have gone back to their villages due to the Coronavirus lockdown. That is how we can start a true development,” Yadwadkar added.