'I have lost hope in the system,' says Mohsin Shaikh's brother as the culprit roams free

It has been seven years since Mohsin Shaikh was murdered in Pune by extremist group Hindu Rashtra Sena. On June 2, 2014, he was lynched by a mob belonging to the Hindu right-wing fanatic outfit, the Hindu Rashtra Sena. There were ongoing communal tensions in Pune at the time after 'defamatory' pictures of Chhatrapati Shivaji and Shiv Sena supremo Bal Thackeray were uploaded on Facebook. Seven years later, justice still eludes his family. Dhananjay Desai, leader of Hindu Rashtra Sena who is the prime accused in the case, was released on bail in February 2019.

“There has not been a single hearing in the case since he (Desai) was granted bail. The government has not even appointed a lawyer to us after Ujjwal Nikam who initially represented us left the case,” says Mubeen Shaikh, Mohsin’s younger brother.

"There has not been a single hearing in the case since he (Desai) was granted bail."

Mubeen lived with Mohsin in Pune until the incident occurred. While Mubeen took care of the rent and other necessities in Pune, Mohsin sent money back home to the family in Solapur.

“After his death, it was not possible for me to stay in Pune and take care of the family as well. I moved back to Solapur. In 2014, I worked in a private company for a salary of Rs 20,000 per month. In Solapur, I now work for Rs 8,000. And in that amount, I have to take care of my mother, my wife and my child,” Mubeen adds.

The life of the entire family changed drastically the day Mohsin was brutally murdered. Mubeen moved back to Solapur. Mohsin’s father Sadiq Shaikh began a fight for justice for his demised son, as well as compensation and job for his younger son, which ultimately ended with his death in December 2018. “He was diagnosed with a blockage in his heart. It could have been treated, but we did not have money for it. The ailment along with all the stress took his life,” Mubeen says.

His mother is not in good health either. Mubeen says that she was diagnosed with high blood pressure after Mohsin’s murder and after their father’s death, she developed diabetes too. “You can only imagine how difficult it is for me to feed all the mouths, take care of ailments with such meagre remuneration,” he says.

When asked what recourse they are looking at ahead, Mubeen exasperatedly replies that he has lost faith in the system now. “It has been seven years. How long should I wait for something to happen? The case was supposed to be fast-tracked, we were supposed to get a lawyer, compensation, but nothing happened. If I continue to wait, how would we survive, what will my family and I eat, how would we live?"

"Nobody cares about us after June 2 every year. Journalists only call on this day, and we are forgotten the next day and for the entire year after that. We have to take care of ourselves,” he says.

"Nobody cares about us after June 2 every year. Journalists only call on this day, and we are forgotten the next day and for the entire year after that.

No lawyer has been representing the family since Nikam, who was the special prosecutor, suddenly withdrew himself from the case in 2017. He was appointed by the state on the family’s request as they believed he would certainly help get justice for Mohsin. Why did he leave the case? “Who knows?”, Mubeen says. Nikam had not informed the family why he left.

Mohsin was just 28-years-old when he died. He was an IT professional working at a textile firm in the city. He had been living in Pune since 2006. In countless media reports, his family, neighbours have described him as a kind soul. “All he thought about was his family. He wanted the best possible life for all of us. All he did was go to the office and send money back home every month. He was selected for round 2 of an interview at Wipro,” Mubeen recounts.

On June 2, 2014, Mohsin was on his way back home in Hadapsar after evening prayers and picking up dinner when around 15 to 20 members of Hindu Rashtra Sena attacked him. Just a couple of days earlier, the aforementioned morphed pictures had led to communal tensions in Pune. 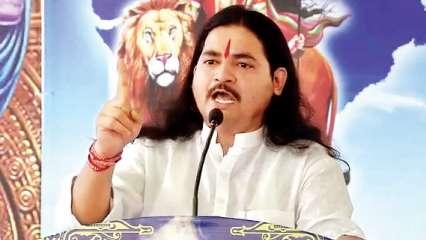 As per reports, Mohsin, unrelated to the pictures and unaware of the tensions, was bludgeoned to death after being beaten with a hockey stick. He lay in his blood for around 15 minutes before he was taken to the hospital, where he succumbed to his injuries during treatment. In a horrifying detail around the same time, Hindustan Times had reported that soon after Mohsin was murdered, members of Hindu Rashtra Sena who are accused of the murder exchanged a message on their mobiles that read  ‘Pahili wicket padli’, which means, 'the first wicket has fallen'.

Police arrested 21 members of Hindu Rashtra Sena along with leader Dhananjay Desai for the murder. However, Desai, who was granted bail in early 2019, remains free as of today.