A drama that finds solace in its tone and the nostalgia

Nothing from Batra’s new film seems that tender and sweet when we first listen to its plot. A street photographer falling in love with a girl that he photographed, just with a single picture he clicked- sounds more like a star-studded drama. Even when it proceeds with the girl agreeing to act as his soulmate in front of his mother, it sounds more like a plot for screwball comedy; which is out of the director’s established tone. Yet, he manages to take this plot to a meditative journey of both of these characters, very unlikely to have fallen in love.

Nawazuddin Siddiqui, who plays Rafi, a photographer who works at the Gateway of India, earns by clicking pictures of strangers and gifting them these moments, which in his own words, cannot be replicated. He meets Miloni (Sanya Malhotra) just like that. And trying to get to his share of bread, he persuades her for letting him take a picture. She seems lost in her thoughts, at least from the first impression we get, or even Rafi gets, of her. He lures her by talking about the wind and the sunlight that will never be the same.

Again, his words!  She agrees for the picture but leaves before even paying him rather forgets to and leaves. This is the cue where generally the emotional turmoil is heightened to the level, for it to be the only goal in their lives- to find one another! But Batra knows the characters he’s dealing with. He lets it take its time to find one another, to actually feel that need.

For Rafi, it was his Grandmother’s illness. He gets to know that she stopped taking pills as he’s not agreeing to marry anyone. He couldn’t just argue with her how illogical or senseless it is to manipulate like that. He had to find a solution for her to start the medication again. The only possible resort he has was to make her feel that he’s lenient to marry. That’s where Miloni comes. Rather Noorie, as he didn’t know her name.

On the other hand, Miloni finds this photograph to be an unlikely version of herself, a much happier one. She didn’t think she can look that happy and content. She almost feels that it’s a different person in the photo. That’s where their struggle starts, between the reality and the fictional version or façade. He finds solace in the old Bollywood songs whereas she finds it in that version of herself. He keeps daydreaming over those tunes, for his soulmate; while she couldn’t leave the memories behind, attached to a much simpler and happier past.

Nostalgia is where they confide with their feelings where reality was lackluster. Maybe that’s why she doesn’t mind all the façade that he wants her to put up with. She was robbed of the chance to explore before. This was her escape. We, as the audience, need to be patient enough not to miss anything. 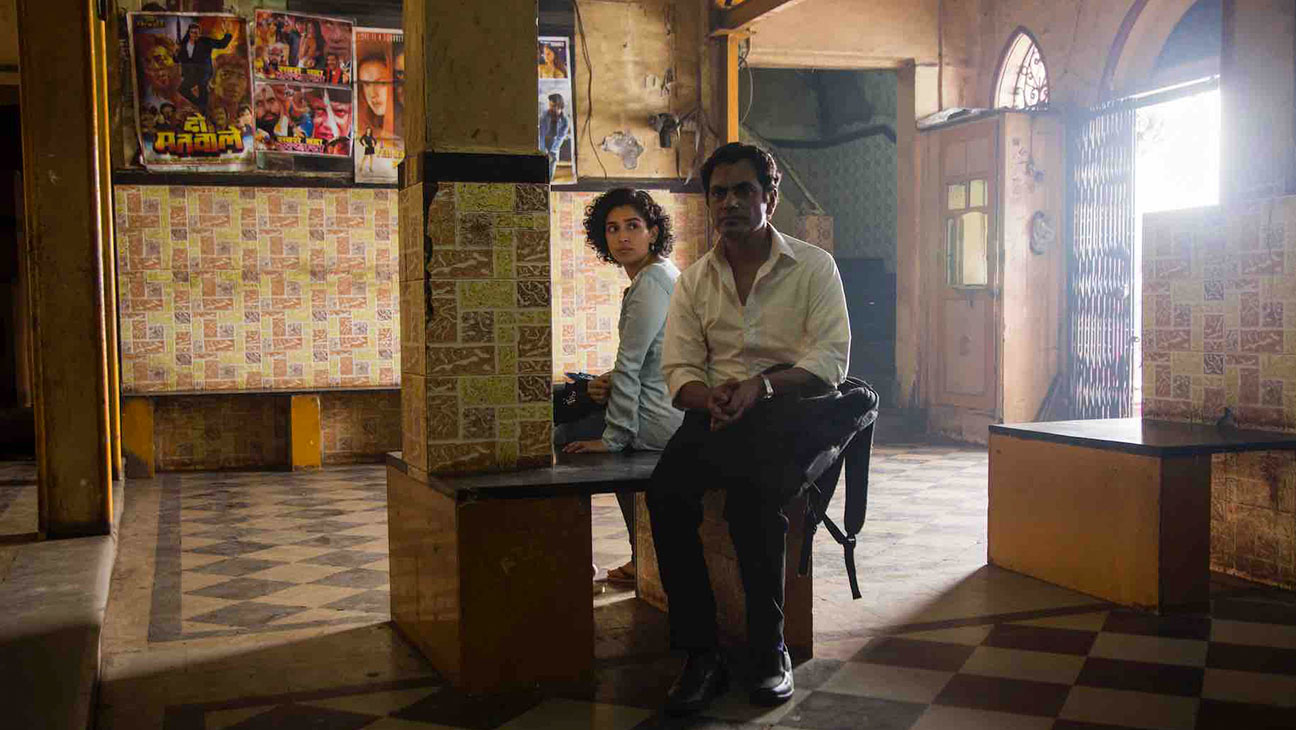 Batra doesn’t share every single detail in between. He relies on the silences between these two muted characters, whether awkward or the intentional from understanding. Both of them are shy to talk about themselves, for different reasons. They belong to a much different socio-political class. Yet both of them find it hard to communicate anything, even with one another. Miloni had to act in order to fulfill her parents’ wishes because that’s what she had to do as a benevolent girl. She used to get trophies for her performances in school; but her parents made her leave that, not to lose focus on her studies. And she couldn’t rebel from this thing either. There was no external factor for making her act up on that.

Rafi, on the other hand, who belongs to a much lower social-economic class, had come to Mumbai in the hopes of getting an income source. His grandmother wanted him to get married to someone and like any Indian noble child, he had to fulfill her wish. Not that, he didn’t want to be with someone. It was obvious that he wanted to break free from the strain of loneliness. The apathy and the overbearing nostalgia came as natural to him, which is what connected them both.

Although what they start sharing with each other can hardly be termed as ‘love’ or ‘romance’, they start to form a relationship solely based on the qualities that they share. Besides, they had much in common. In an interaction with a taxi driver, supposedly from his socio-economic class, he made the driver shut up in order to cherish the silences in between. Miloni smiles a little as that’s enough of her emotions being displayed in public. She was happy that Rafi understood her need and wanted the same. The subtle moments like these kept the pace of the film constant.

The other characters it introduced gave a slightly jarring effect at times as they were known faces (Jim Sarbh or Vijay Raaz). Although their faces are not revealed until they are seen by the characters, they feel to belong to a different film. They take every single second to themselves, which momentarily breaks the flow. Their existence could have been faceless. The central performances though are so well-executed that they never feel a bother.

Nawazuddin’s understated performance compliments Sanya’s goofy yet balanced performance as well as Farukh Jaffer’s witty remarks. Jaffer was so good in the role of Rafi’s mother that she often grabs the attention to her at any moment she's in. Sanya Malhotra, whose character dwells in between rejecting the norms to residing in the unattainable dreams, gives her best performance till date.

Such strangely connected beings, belonging to different classes; can be found in The Lunchbox as well. But there, the characters had a number of conversations, in the form of letters. There’s so little being said in Photograph, that it often feels lacking the matter to feel those spaces between every scene. But it seems intentional to have a very little conversation for the two of them being extremely introverted and reserved. The efforts it took them to come up with the words, to start an interaction or to take it forward; we get invested more in their characters as they’re presented without any pretense. Their characters are not polished to make them entertaining. Rather we're asked to look into their mundane lives and find ourselves. Maybe like me, you would find something that you’re nostalgic about.

I need a break