Diwali superstitions are endangering owls in the Indian subcontinent

Owls, birds which are usually neglected and considered inauspicious, find attention, but for all the wrong reasons.

Every year, the festival of Diwali becomes a period of concern for owls in India, especially in North India. In India and some surrounding countries, owls are known to be sacrificed under the superstitious belief that the sacrifice will earn them wealth. Owls, birds which are usually neglected and considered inauspicious, find attention, but for all the wrong reasons.

In 2010, an investigative report published by TRAFFIC India found that “Use of owls in black magic and sorcery driven by superstition, totems and taboos is one of the prime drivers of the covert owl trade. While the exact number of owls traded each year countrywide is unknown, it certainly runs into thousands of individuals and there are anecdotal reports of owls becoming rare throughout India due to loss of suitable habitat especially old-growth forests.”

The market for owl trade is mostly in North India. “Barn Owls, which are white in colour, are sold most extensively during this period, as they are considered to be the 'vahan' (vehicle) of Goddess Lakshmi. However, other species like Spotted Owl are also painted white by the traders and sold. These are procured before Diwali, and then killed either as a sacrifice by the buyers or by the traders themselves,” said Pune-based ornithologist and Assistant Professor at MIT World Peace University Dr. Pankaj Koparde, who has carried out PhD on Forest Owlets.

Since the trade takes place in the black market, no data is available on exactly how many owls are traded and killed every year. In fact, Koparde adds that the overall data and research on owls itself is lacking. “Owls are nocturnal, so it is difficult to spot and keep their count. Presently, as per the International Union for Conservation of Nature (IUCN), only Forest Owlets are endangered. The rest of the species of owls are classified under the IUCN Schedule IV, which means ‘least-concern species’,” the researcher states.

Owls in India are protected under the Wildlife (Protection) Act, 1972, under which it is illegal to poach, trap, or trade-in owls or their body parts. There are 30 owl species recorded from India, out of which at least 15 are known to be victims of live bird trade, as per WWF. 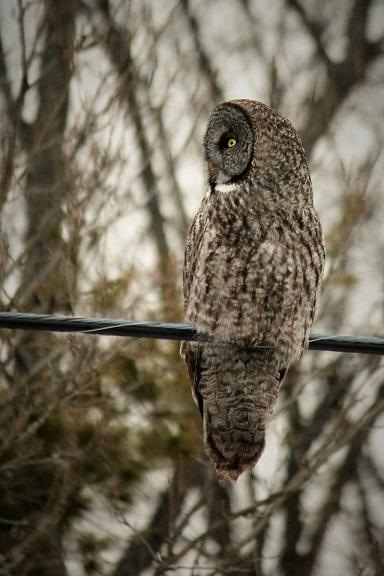 Last year, warning of illegal trapping and trade of owls during Diwali, TRAFFIC had mentioned in its report that Uttar Pradesh, Madhya Pradesh, Andhra Pradesh, Chhattisgarh, Jharkhand, Rajasthan, Gujarat and Uttarakhand have emerged as hotspots for this trade. “However, that does not mean that such cases don’t happen anywhere else. Even in Maharashtra, we have come across such cases, however, at a much smaller scale,” says Dr Satish Pande, bird lover, expert and founder of Ela Foundation, an organisation that works for nature conservation and awareness.

“Owls are not just trapped for sacrifice, but people also pay to see owls during Diwali, as they feel this will be auspicious and will earn them wealth and prosperity. These trapped owls remain in poor condition, and die in captivity most of the time,” Pande says.

“Diwali is called the festival of light. Then why snatch light away from the lives of poor owls?” Pande questions.

Koparde further says that more awareness is needed in order to reduce the demand for owls, which will further reduce supply. “We make appeals every year, but need to reach out to many more people,” he adds.

Pande also said that awareness can actually go a long way, as in the last few years, he has seen people calling and giving tips with regard to illegal wildlife trade, whenever they come across such instances. “For that, more research needs to be done on owls. People’s superstitions need to be understood, and then they need to be educated. We also need strong law enforcement in these areas, because only when people know and see that action is being taken against illegal activities like these, they will report those,” Pande explained.