The salary payment is shared by the State Government and the Municipal Corporation.

The teachers at the primary schools run by the municipality schools of the Class D municipal corporations are struggling to make ends meet, as most of their salaries have not been paid fully the past few months. While the salary payment of these teachers is shared 50:50 by the State Government and the Municipal Corporation, the teachers have been demanding for over 10 years for the load to be carried by a single entity, that is the State Government.

“As per the Bombay Primary Education Act, 1947, 50 percent of the salaries of municipality school teachers are paid by the State Government, while the rest is funded by the local authority. While the Class A, B and C municipal corporations usually have sufficient resources to pay the salaries of these teachers, the Class D municipal corporations falter,” said Vinodkumar Bhong, a municipality school teacher in Kolhapur.

He added, “Many revenue generation options of the smaller municipal corporations were over when the Goods and Services Tax (GST) was implemented. They say that they do not have money to pay their employees, how will they pay the teachers?”

Quoting a provision under the Right of Children to Free and Compulsory Education (RTE) Act, 2009, which states that the salaries and the allowances of the teachers must either be paid by the state, or by the local authority, the teachers have demanded that the State Government must take that responsibility at least for the Class C and D municipal corporations that lack funds. 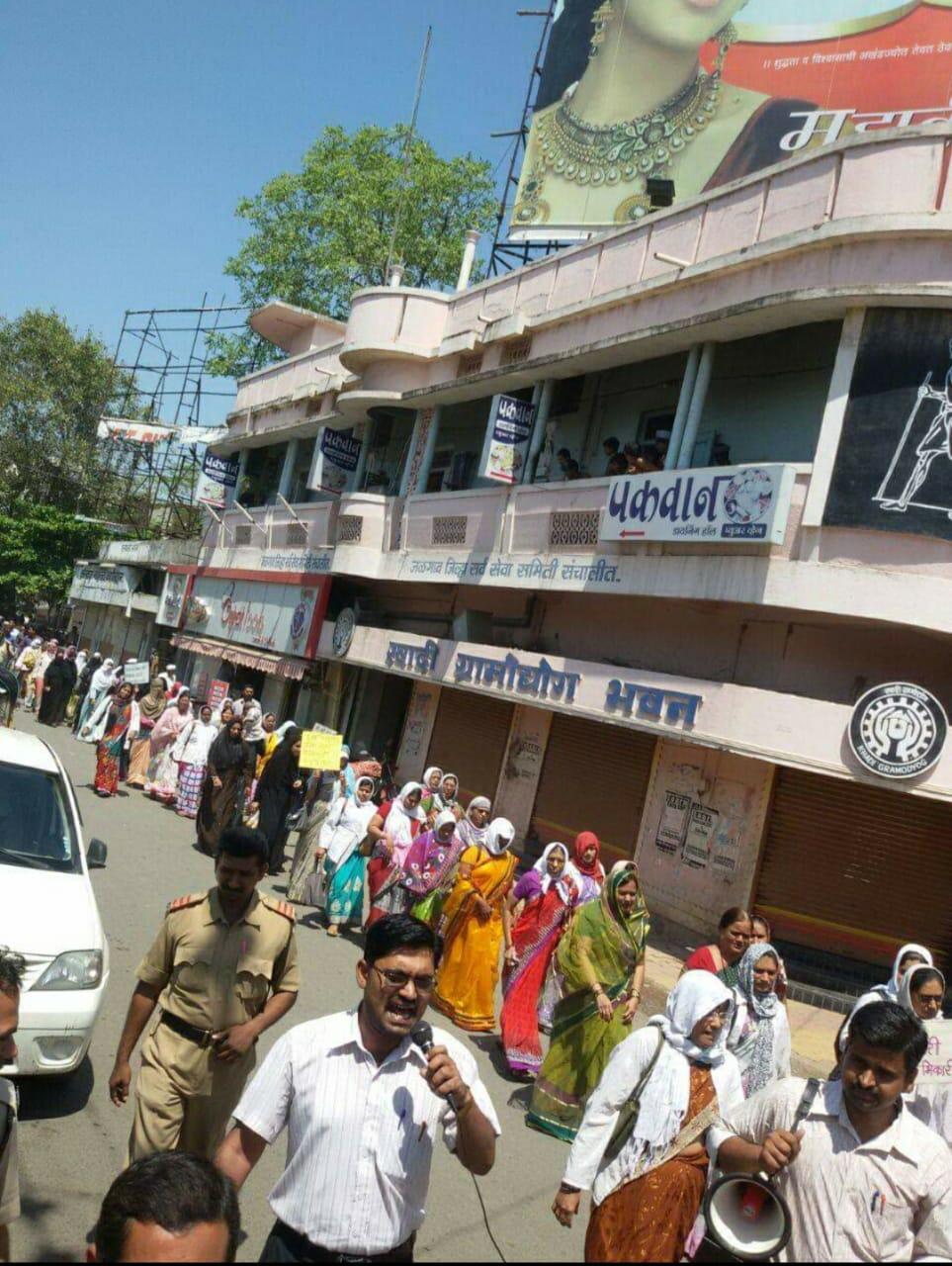 Conflict with the municipal corporation

These teachers have also complained that while all the other teachers across the state have been receiving salaries as per the seventh pay commission, it has not yet been implemented for the municipality teachers.

“In September 2019, the government approved the seventh pay commission for the government teachers as well. All the other teachers at other schools started receiving salaries as per the same. However, most of the municipality schools have been denied the same yet, as the other municipal workers have not been approved for the seventh pay commission,” Yogesh Patil, municipality school teacher at Bhiwandi said, adding that the teachers are disheartened that the municipal corporation never treats them as their own employees.

“I have been working here as a teacher for the past 22 years, and there have been very few times when we have actually received a 100 percent salary at a time. We get the State Government’s half of the salary regularly, but to get the other half, we have to run around the municipal corporation, with application and cheques in hand just for signatures. It’s very difficult,” Patil said.

With such irregular salaries, he also added that the banks deny loans to the teachers most of the time.

Sucheta Sagar, municipality teacher from Parbhani said, “This salary is totally unreliable for taking any loans and paying EMIs, as we never know when we would get the full amount. Even now, money equivalent to as much as 16 months’ salaries of the municipality school teachers in Parbhani is pending. Those, who are the sole earning members of their families, have it the toughest.”

“With such irregularity in salaries, many teachers prefer not to continue working at the municipality schools for a long time,” Bhong told Indie Journal.

He added, “In Parbhani, only eight out of the earlier 16 schools are running now, due to the lack of teachers. This will happen in several other cities also if the situation does not change. With increasing urbanisation, we need more government schools and teachers.”

Patil also added that since the pensioners’ salaries too are irregular, many choose to leave the jobs at municipality schools while they are young, and try to transfer at Zilla Parishad or Ashram schools.

The teachers at the municipality schools under the Chandrapur Municipal Corporation were also going through something similar until one of their teachers stepped up and made the difference.

“I took charge as an administrative officer at the Education Department here in 2016. Before that, we had the issue of irregular salaries from the municipal corporation,” said Nagesh Neet from Chandrapur.

To change this, he started calculating the amount that the corporation would have to pay as 50 percent of the salaries of all teachers for the whole year. “I have been applying for and acquiring funds required for the same in the month of April itself when the Corporation tends to have enough funds. We now get our salaries, every month, on time,” he added.

Demand in the Assembly Session

“For many years now, we have been raising this issue along with others in the Maharashtra Assembly Sessions. Some issues get resolved, but we haven’t had any luck with the problem of salaries until now. We are trying to bring our demand up in the upcoming monsoon session now,” Bhong said.

However, MLC Kapil Patil said, “The demand of the teachers is totally justified. However, this time, the session would be shorter than usual due to the Coronavirus outbreak and lockdown, and it would be focussed on the pandemic. But when the time is right, I will follow up with this matter.”