The Brazilian President has been blamed for Environmental negligence, apathy

For the last 18 days, more than 9,000 wildfires have spread through the Amazon rainforest, burning it down inch by inch. The forest, also known as ‘lungs of the earth’, plays a vital role in relieving the effects of global warming by absorbing vast amounts of carbon from the atmosphere and regulating the climate.

National Institute for Space Research (INPE) has reported 72,000 wildfires since January 2019, and almost 9,500 fires since August 15th – most of which originated in the state of Mato Grosso. The Amazon rainforest has shrunk down by 1,345 kilometres, almost twice the size of Mumbai.

According to INPE, the wildfire is a denouement of human activities that were being carried out excessively in the forest for industrial and agricultural purposes. Albert Setzer from INPE informed in an interview that July to October is the typical dry season that creates favourable conditions for use and spread of fire, but starting fire is the work of humans - either deliberately or by accident.

The Amazon rainforest has been burning 🔥 for weeks at a record rate, adding to an already alarming level of deforestation.⁠ .⁠ Nearly 73,000 fires were recorded between January and August, compared with 39,759 in all of 2018.⁠ .⁠ Satellite images spotted more than 9,500 new forest fires in less than a week - since August 15 - mostly in the Amazon basin, home to the world’s largest tropical forest and seen as vital to slowing the pace of global warming.⁠ .⁠ 🔗 Follow the link in our profile to read the latest news as well as the unfounded claim by Brazil’s 🇧🇷 President Jair Bolsonaro that non-governmental organisations are setting wildfires in the Amazon rainforest to damage his administration’s image after he cut funding.⁠ .⁠ #prayforamazonia #amazon #amazonia #forest #fire #wildfire #globalwarming #ecology #environment #Brazil

Activities like illegal clearance of lands, deforestation and cattle ranching triggered and aggravated the fire. Facebook user and environment activist, Saròke Machado posted on Monday stating, “Land was constantly being cleared by burning trees for agricultural purposes. People illegally deforested indigenous land for cattle ranching. The deforestation in Brazilian Amazon was at an alarming rate of 80% whereas political personalities and corporates have been competing to acquire more and more land in the forest. These matters have been suppressed by the media for too long and the result is horrendous”.

Coupled with manmade disruptions, warmer climate helps spread wildfire rapidly. Since June-July 2019 were the hottest months we ever had, INPE has detected 40% more wildfires this year as compared to 2018.

Amazon accounts for half of planet’s remaining rainforests and encompasses the largest biodiversity. It is a home to 390 billion individual trees divided into 16 thousand species that keep the carbon dioxide in check through the process of photosynthesis and produce 20% of world’s oxygen. Additionally, 1294 birds, 2200 fishes, 427 mammals, 428 amphibians and 378 reptiles have also been classified in this region. But the recent obliteration of almost half the forest has lost most of these beings and sped up the process of our planet completely succumbing to an inevitable climate crisis.

Needless to say, the fires have caused massive amount of smoke which has largely affected the city of Sao Paulo by forming a dark canopy. Pedro Machado took to Instagram to share several pictures of the city plunged into night-like darkness in the middle of the day. Josélia Pegorim, Climatempo meteorologist, told Globo: “The smoke did not come from fires from the state of São Paulo, but from very dense and wide fires that have been going on for several days in Rondônia and Bolivia. The cold front changed the direction of the winds and transported this smoke to São Paulo”. Rondônia and Bolivia are 2236 kms away from Sao Paulo, so one can imagine the amount of fire required to make that much smoke, another Twitter user expressed.

Mark Buckeridge, director of the Institute of Biosciences at the University of São Paulo said that fortunately, rains in the city of Sao Paulo minimised the effect of smoke by 20%, else it would have been extremely harmful for all living beings in the smoke affected areas. According to Twitter user Alinta Martínez, people in Sao Paulo and surrounding cities haven’t had access to clean water since days now owing to smoke contaminating most of the water bodies and pipelines. “We have a shortage of drinking water. Daily activities like bathing, using clean clothes and utensils have been affected. The help we are receiving is too slow and little”, she said in one of her tweets.

Since Brazil controls lion’s share of the Amazon rainforest - almost 60%, their President Jair Bolsonaro has come under direct scrutiny, facing accusations that the current milieu is a result of his policies. When he was elected as the President, Bolsonaro, who incidentally refuses to believe the grave effects of climate change, announced that he wanted Amazon to be known for its agriculture and industrial development. This statement sparked debatable conversations about the future of the forest leaving people in anticipation of the future. Bolsonaro also openly flouted the need to protect rainforests and instead emphasised on developing hydroelectric dams and highways.

An Instagram user stated, “This rightist led government has repeatedly disregarded the importance of Amazon. As per major sources, Bolsonaro and his minions have regularly encouraged and even helped the offenders who destroyed the rainforest over the last few weeks”. A Newsweek report says that Brazilian government substantially lowered the number of fines it levied for illegal deforestation and mining (down 34% from same period in 2018) while also decreasing its monitoring of illegal activity in the rainforest.

Bolsonaro has replied to these accusations by stating that it’s the time of the year when farmers purposefully use fire to clear land – a seasonal cycle called “queimada”, and hence he cannot be held accountable for the fires. Despite any strong evidence, he went on to say that NGOs could be burning down the Amazon rainforest to embarrass his government after he cut their funding. “Regarding the Amazon fires, I am under the impression that it could have been set by the NGOs because they had asked for money. What was their intention? To bring about problems for Brazil”, he said while addressing the nation.

While Greanpeace brazil’s public co-ordinator, Marcio Astrini has referred to Bolsonaro’s statement as “sick and pitiful”, citizens across the country have explicitly voiced their disregard for Bolsonaro.  They have accused him of single-handedly burning down the largest rainforest and risking the entire world population. “It took 55 million years for this rainforest to form, and within a year, half of the forest has been destroyed by our President because he cares more about money than the environment. We are all doomed”, Luiz Ferreira, a student at University of Sao Paulo tweeted.

Several social media users have also expressed dissent over Bolsonaro’s statement for not taking the ownership as a leader of what has happened. “A president who is allied with companies that don't care about the environment, cuts back environmental regulations and policies, refuses to believe in climate science, and when his decisions inevitably blow up in his face, he blames it on everyone and everything, but himself”, said Lizzie Park, a Youtuber vlogger. Another Instagram user said, “The Amazon forest will be renamed as the Bolsonaro Desert and this loss of ecosystem and wildlife will ruin humanity. This is not a political issue it is a crime against you, me, and your children. The ramifications will be felt worldwide”.

Hashtags like #PrayForAmazon and #SaveTheAmazon are being used to create awareness amongst people to compensate for the initial lack of media exposure. Instagram influencer Sabrina Hadid said in her earlier posts, “While the Notre Dame fire received ample media coverage and millions of dollars were collected within days to rebuild it, we have to use social media to create awareness and ask people to care for the burning rainforest. We are paying to publicise our posts so that it reaches maximum people”. Soon after, celebrities, and eventually the followers picked up on the trend and started sharing posts about the fire while also requesting donations to NGOs like Rainforest Inc and WWF.

Brazil is literally going through a nuclear winter because of forest fires rn. These pictures are from all over the country, taken during the day. Brazil is the 5th largest country in the world, btw. It looks (and feels) like hell. #savebrazil #saveamazon #brazilnuclearwinter pic.twitter.com/kD1xlwEuNw

Furthermore, #BanBeef has also started trending on social media recently as beef production required cattle ranching which largely contributed to the wildfires. 'Don’t pray for Amazon, act for Amazon. Make choices that will help the environment. #BanBeef', is one of the thousands of tweets under this hashtag.

Albeit the apparent lack of concern from governing authorities is worrisome, people across the globe have united to demand strict actions against the offenders and regulating polices to conserve and protect Amazon and its rich biodiversity. As wildfire continues to spread through the rainforest, concerned authorities and volunteer organisations have come together to help put out the fires. 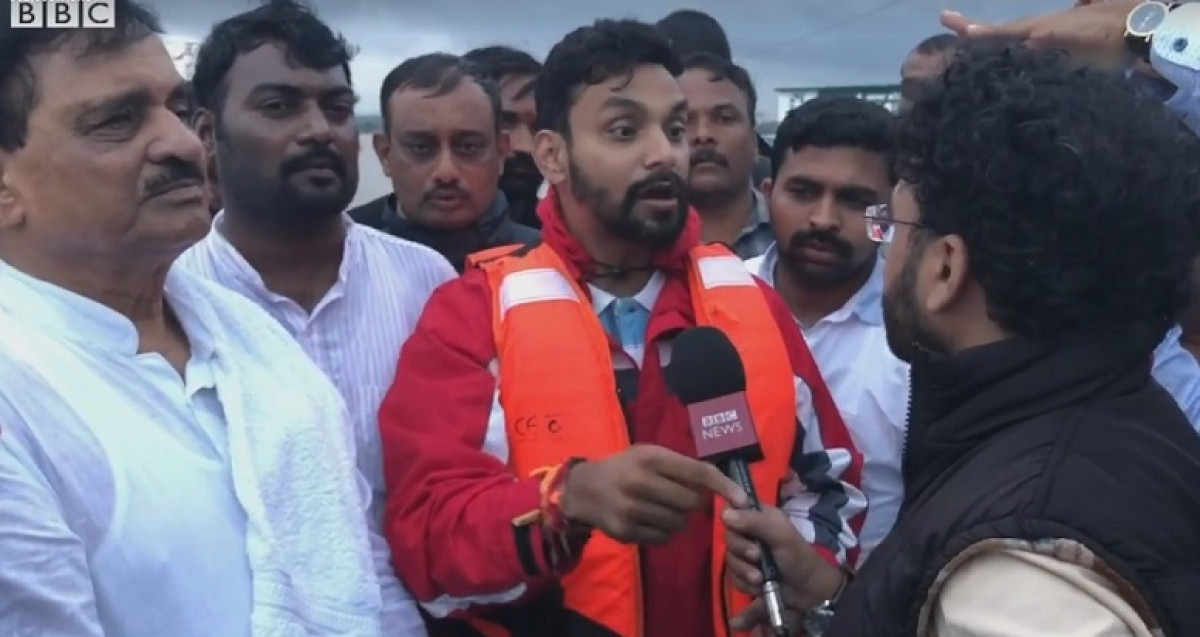 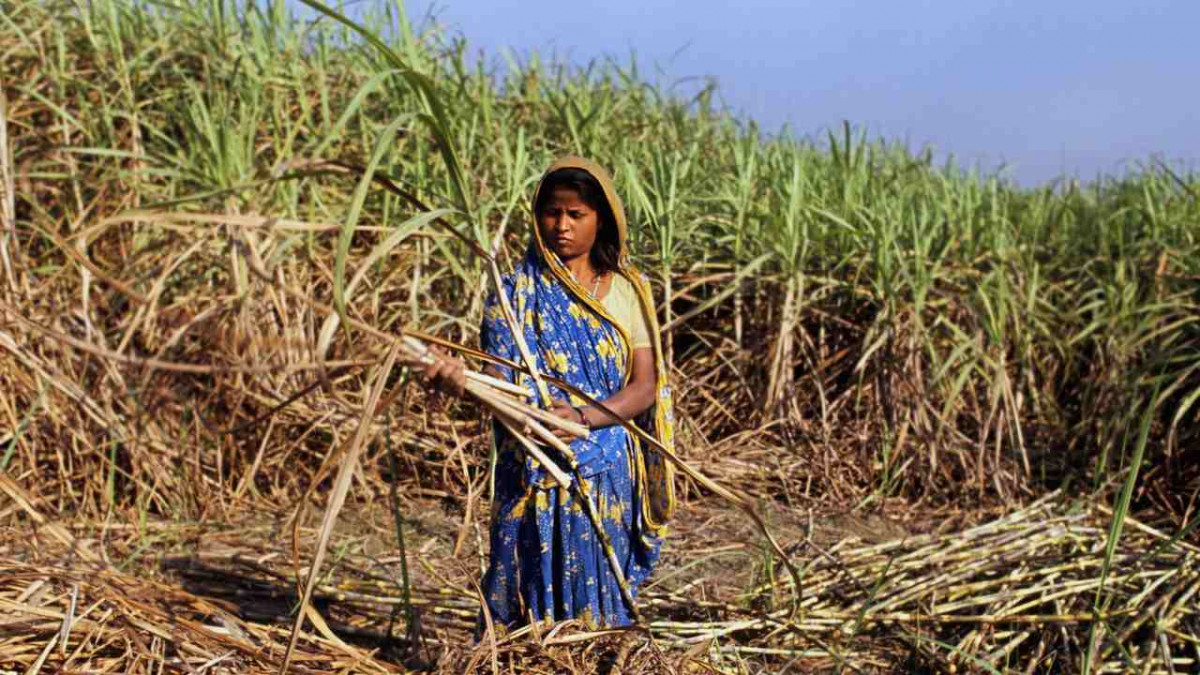